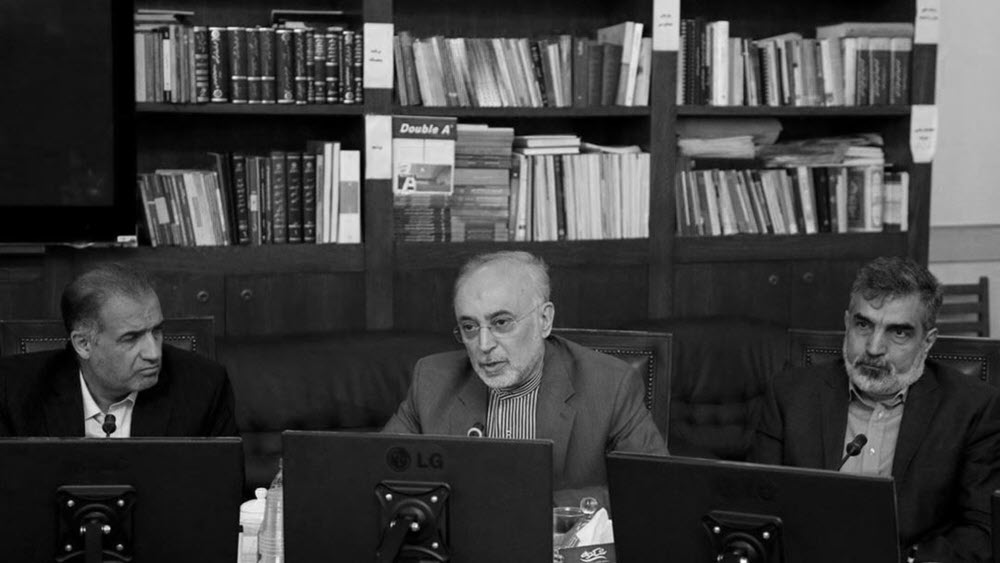 The head of the Iranian regime’s Atomic Energy Organization says the regime has enriched 24 tons of uranium since its 2015 nuclear deal with world powers, far more than the amount permitted under the terms of the pact.

The remarks to lawmakers by Ali Akbar Salehi were given blanket coverage by state-run and semi-official media, which cited conservative lawmakers present at the closed-door meeting.

The 2015 nuclear accord, known as the Joint Comprehensive Plan of Action (JCPOA), included a stockpile limit of 300 kilograms. Atomic Energy Organization of Iran (AEOI) head Ali Akbar Salehi was quoted by state TV on Sunday as saying Iran’s regime “did not enrich 300 kilograms of uranium, but enriched 24 (metric) tons of uranium,” or what is 24,000 kilograms (nearly 53,000 pounds.).

“Iran has enriched 24 tons of uranium since the nuclear deal was signed, an Iranian lawmaker quoted the country’s nuclear organization chief as saying in the parliament on Sunday.”

“Gholamali Jafarzadeh said that head of Atomic Energy Organization of Iran told a group of MPs that Iran has enriched 24 tons of uranium since the Joint Comprehensive Plan of Action was implemented. He rejected the report that the amount was 300 kilograms.”

The Mehr news agency, affiliated to the regime’s Ministry of Intelligence and Security (MOIS), wrote in its English edition:

“Salehi had attended today’s session of ‘independent’ faction of the Parliament to discuss the latest developments on the nuclear deal.”

“‘After the JCPOA, Iran enriched 24 tons of uranium, not 300kg,’ MP Gholamali Jafarzadeh quoted Salehi as saying in the session.”

In recent weeks, Iran’s regime violated the accord’s limits on its stockpile of low-enriched uranium, but has not said by how much.

The state-run ISNA news agency also quoted Salehi as telling lawmakers on Sunday that the regime will restart activities at the Arak heavy water nuclear reactor.

Heavy water can be employed in reactors to produce plutonium, a fuel used in nuclear warheads.

The Iranian regime’s President Hassan Rouhani declared on July 3, 2019, that as of July 7 the regime will increase its enrichment of uranium to any amount it wants and will recommence activities at its heavy water reactor in Arak.

Several weeks ago, the Iranian parliament passed a bill that essentially stamped an expiration date on the nuclear deal which European policymakers have been...
Read more
Iran Nuclear News

On Sunday, Iran’s Foreign Ministry offered a harsh response to European criticisms after the Iranian regime took its latest provocative steps away from the...
Read more
Iran Nuclear News

On Saturday, the three European signatories of the 2015 Iran nuclear deal issued a joint statement in which they raised alarms over the Iranian...
Read more