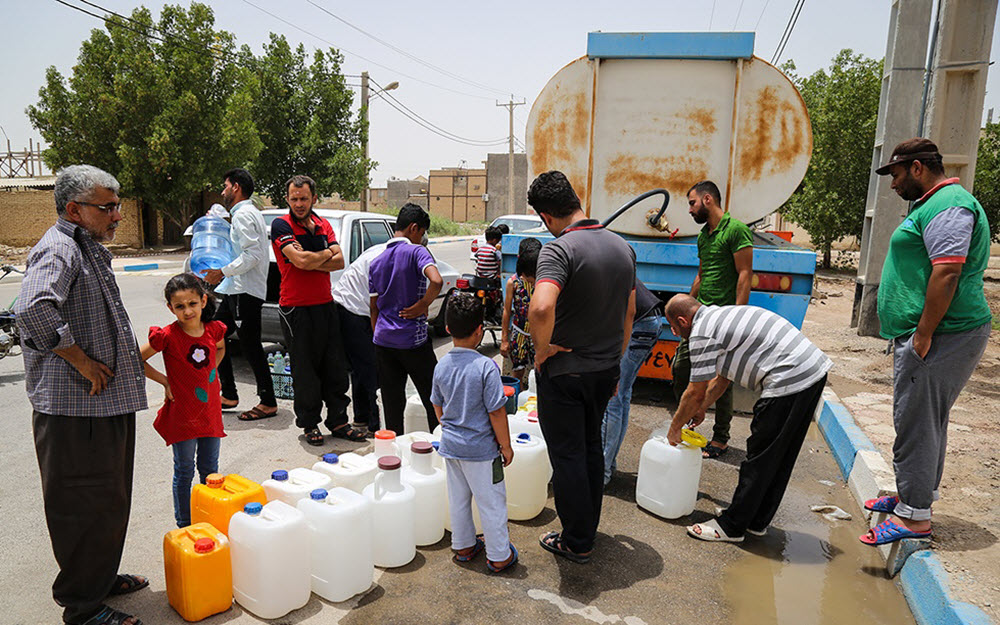 The residents of Khuzestan Province in southwest Iran are facing severe water shortages, despite having several large rivers flow through the area, because the Iranian Regime is selling the water to Kuwait and Iraq.

The People’s Mojahedin Organization of Iran (PMOI/MEK) did an analysis of the crisis and even traced its roots back to 2003, when then Energy Minister Habibollah Bitaraf signed an agreement with his Kuwait counterpart, Sheikh Ahmed al Jaber al-Salah, to export 900,000 cubic meters of drinking water to Kuwait every day.

Many experts warned against this $2 billion project as they believed that it could easily exacerbate a drought in Iran and result in a water shortage, but they were ignored.

In 2007, then Foreign Minister Manouchehr Mottaki even reiterated the Regime’s commitment to this project. 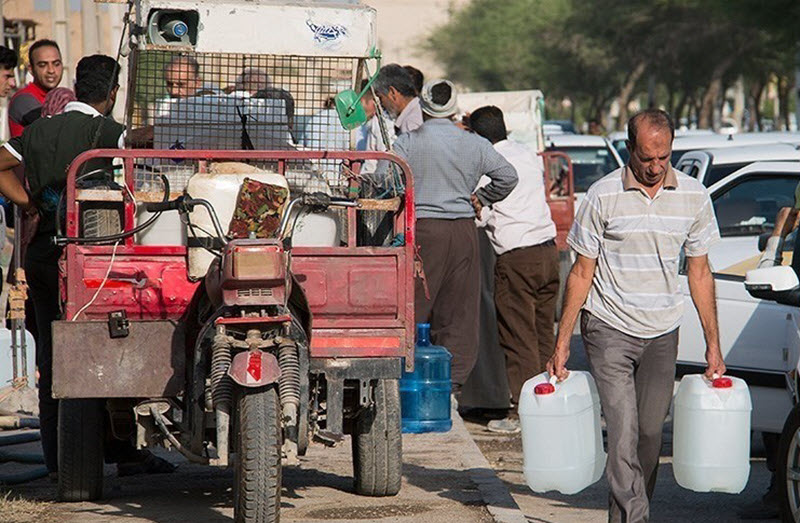 Thus, every second for the next 15 years, another 10,000 litres of water will go from the Karun River to Kuwait.

But that’s not the end of the tale.

In 2009, the Iranian Regime decided to also export drinking water to Iraq at a rate of 120,000 cubic meters of water per day, but this agreement, which had no oversight, has no expiry date and Iraqi Prime Minister Nouri al-Maliki was unable to reveal the names of the Iranian contractors.

Since the severe disasters caused by this agreement have become apparent, the Iranian Regime has gone all out to deny the project, but Basra Governor Shaltah Aboud admitted to a newspaper that they’ve recently imported 70 trucks of water from Iran. Also, a video aired by the Iraqi “Baladieh” network actually shows Foreign Minister Mohammad Javad Zarif at a signing ceremony regarding the agreement.

The Iranian Revolutionary Guards, especially its Khatam al-Anbia entity, are behind these treasonous water exporting contracts, which allows officials to profit as the people die. That goes a long way to explaining why the Regime is so keen to quash water protests at any given opportunity, even murdering local environmentalists.

The MEK wrote: “The question is to what extent is the Iranian regime willing to maintain its influence in Iraq at the expense of the Iranian people. This is the impasse Iran’s regime is facing as we speak.”

Previous articleMaryam Rajavi Calls to Prevent Destruction of the Graves of Victims of 1988 Massacre in Iran
Next articleAmnesty: Iran Regime Must Stop Building Road Over Dissident Mass Grave