Iran Regime, the Main Obstacle in the Way to Peace in Yemen 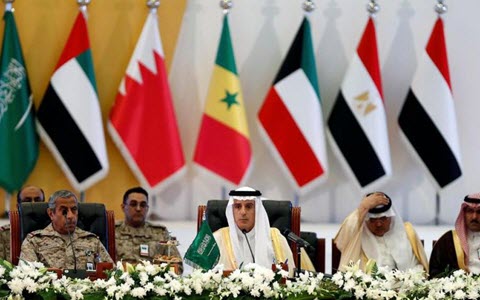 NCRI – Foreign Minister of Saudi Arabia says the regime in Iran is the “main obstacle” in the way of efforts to restore peace in the crisis-stricken Yemeni state.

The Saudi official added that the regime in Iran “has destroyed the efforts to end the crisis in Yemen at the same time by disrupting talks between the legitimate government [of Yemen] and the militants [of the opposition].”

Despite international efforts and various UN resolutions to deter Houthi militias in Yemen since their takeover of Sanaa in March 2015, Iran regime has been continuing to back the group.

With pro-government forces reclaiming two-thirds of Yemen, Iranian regime’s involvement in arming and training Houthi militias by the elements of Hezbollah has been highlighted by regional and Western sources.

The Iranian regime’s aid to the group has increased sharply after the Houthis were defeated in several fronts.

Iran has smuggled long-range ballistic missiles to Yemen and supplied the Houthi militants to target the areas in the Kingdom of Saudi Arabia, including a failed attack on Mecca.

A report by London-based Conflict Armament Research released in March 2017 also revealed the militias are using Iranian aerial drone technology. According to the report, the Houthis claimed that they build their own drones; however, it was later discovered that they appear to be the Ababil-1 type drones built by the Iranian regime.

Remotely controlled explosive boats that were used in several operations against international monitoring and relief ships belonging to Arab coalition forces came from Iran, but were not used until nine months after the war had started, according to the coalition.

As the war in Yemen prolongs, the Iranian regime continues to supply arms and weaponry to Houthi militants in violation of the UN Security Council resolution 2216, which condemns sending arms to Houthi militias and forces allied to Saleh.