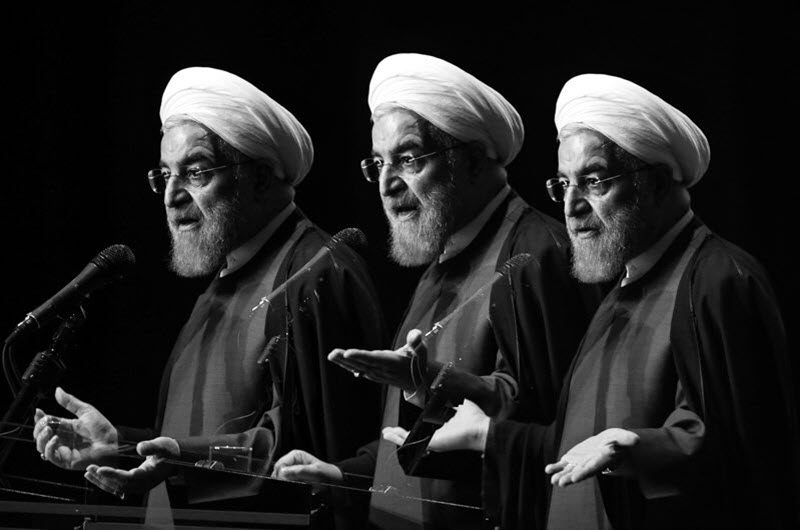 The pressure is mounting on the Iranian Regime, but, as always, the mullahs are failing to face up to their problems and are trying to deflect attention by increasing its threats against its Gulf neighbours and the international community.

It’s almost as if Iran believes that its demands will be met if it can intimidate the rest of the world with threats of military confrontation.

That’s why Iranian President Hassan Rouhani began threatening to close the Strait of Hormuz, a key shipping channel in the Gulf, if the US imposed a boycott of Iranian oil, in the same week that Iran was engaging in final talks with Europe to save the 2015 nuclear deal.

That’s not exactly a reasonable remark from a moderate leader, is it?

He said: “We are hopeful that this plan expressed by our president will be implemented if needed… We will make the enemy understand that either all can use the Strait of Hormuz or no one.”

But Iran must know that any such move would cause a global showdown that the Regime would lose. After all, their military power is nothing in comparison to the US, who have already promised to do what is necessary to keep the strait open.

The representative for the US military’s Central Command said: “The US and its partners provide and promote security and stability in the region. Together, we stand ready to ensure the freedom of navigation and the free flow of commerce wherever international law allows.”

Other countries, like fellow signatory to the nuclear deal, China, have criticised Iran for this threat, which will hurt oil importers and exporters the world over.

Beyond its threat to put a major dent in trade, Iran has also threatened to stop complying with the United Nations on nuclear inspections and restart nuclear enrichment, ahead of meetings with Europe aimed at salvaging the nuclear deal, which gained severe condemnation from fellow signatory France.

French Foreign Minister Jean-Yves Le Drian said: “They must stop permanently threatening to break their commitments to the nuclear deal.”

For instance, Foreign Minister Mohammad Javad Zarif has described the bomb plot against a meeting of the National Council of Resistance of Iran as a “false flag”, despite the arrest of an Iranian diplomat based in Vienna by European authorities. A claim which was called ‘Ludicrous’ by a senior U.S. official from the state department in a Special Briefing on July 10, 2018.

Then, to go from the illogical to the downright insane, Iranian Civil Defence Organisation chief Reza Jalali announced that water shortages in Iran have been caused by Israel stealing clouds and snow.

As economic, social, and diplomatic pressures on Iran grow, we can only expect more conspiracy theories and threats from the mullahs, which should show the world that this regime cannot be dealt with.