Iran Regime VP: U.S. Sanctions Against us Are “Highly Effective” 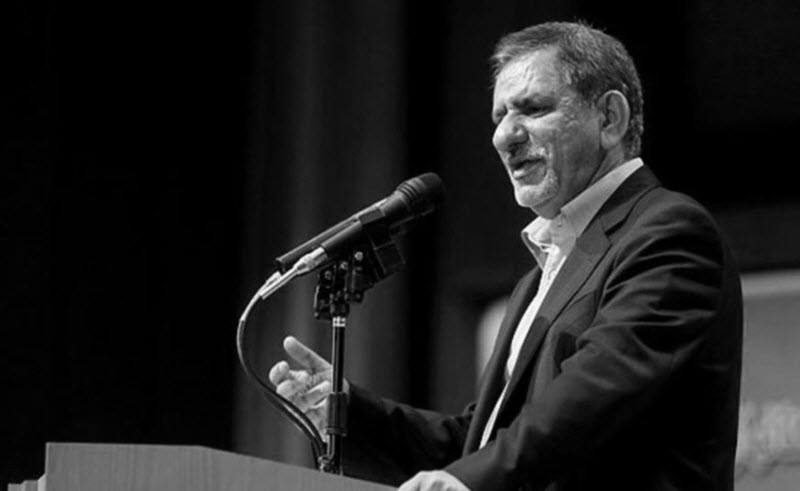 The first vice-president of Iran, Es’haq Jahangiri, admitted on Tuesday, September 11, that the American sanctions against Iran have been “highly effective”.

During a speech in Tehran, Jahangiri said that Iran is experiencing “a difficult and sensitive situation”, but denied that the country is facing a “deadlock” at the moment, according to the Iranian Students News Agency (ISNA).

Explaining just how effective the sanctions have been, he said: “The US has declared an economic war on us. Meanwhile they are waging a political and media war in order to influence public opinion in Iran.”

This is along the same lines as comments from Iran’s Supreme Leader Ali Khamenei last week, where he told the Iranian Assembly of Experts that the US was waging an economic and psychological war against Iran.

This is a marked departure from the Iranian Regime’s previous comments on the sanctions, where many high-level officials denied that the sanctions were having any effect on Iran at all. However, the economic crises plaguing Iran (high unemployment, soaring prices, currency devaluation) have all worsened in the weeks since sanctions were imposed and there is little room for the mullahs to stick their heads in the sand.

In late August, President Hassan Rouhani told the Iranian Parliament: “Don’t say in your speeches that the country is facing a crisis. We have been harmed and have at times been on the verge of being harmed, but there is no crisis.”

The US began re-imposing nuclear-related sanctions on Iran in August, after Donald Trump withdrew from the flawed 2015 nuclear agreement in May.

Reports about the potential US withdrawal in early May, saw the Iranian rial lose 140% of its value overnight and the steady fall of the rial’s value since then led to a 5.5% inflation rate in Iran in August, according to their Central Bank.

The Iranian Parliament predicts that Iran’s economic growth rate will drop from 3.7% in 2017 to minus 2.8%.

The second round of US sanctions, targeting Iran’s oil industry and Central Bank, will come into force in November, but many international businesses are already responding and many economic analysts (and some Iranian officials) say that these will hit the regime hard.

Khamenei and those close to him are looking to assign blame for Iran’s economic crisis to the “poor performance of the Rouhani administration” and “profiteers” in order to divert attention from the true cause: corruption and mismanagement that goes right to the top of the Regime.