Iran Regime’s “Fuel for All”: Another Scheme to Fleece the Citizens 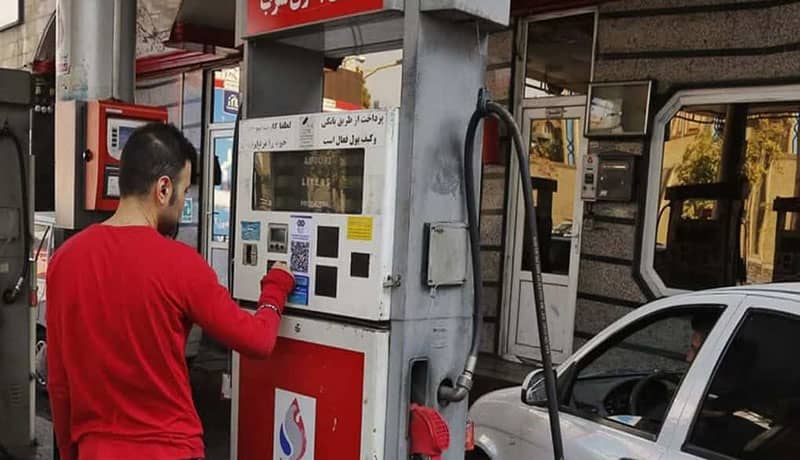 On Monday, December 27, 2021, Javad Owji, Iran’s Minister of Oil, announced that all Iranians would be allocated “15 liters of fuel at the price of 15,000 rials per month.” According to this plan, people could either use their share of fuel, sell it, or receive a total of 225,000 rials. The so-called “fuel for everyone” plan is the regime’s new method to plunder Iranians.

The plan, being tested in some parts of Iran, allocates the citizens 15 liters of subsidized gasoline per month. This plan will significantly reduce the amount of subsidized fuel car owners across Iran will receive per month.

Thus, they will have to buy the rest at market prices, which are at least double the price of subsidized fuel.

The average daily use of gasoline in Iran is around 85 million liters. Suppose each person receives 15 liters of gasoline per month or half a liter per day. In that case, the total volume of gasoline that the government will deliver to 83 million citizens daily will be around 41 million liters. The rest needs to be purchased at 220,000 rials.

In other words, the revenue of Ebrahim Raisi’s government would increase at lease six-fold.

Regime officials claim that the “fuel for all” makes it possible for people who do not own a car to benefit from gasoline subsidies.

The daily sale value of 41 million liters of gasoline to the people will be roughly 615 billion rials or $2 million per day at the free-market dollar exchange rate. Meanwhile, the sale of the remaining 44 million liters of gasoline in the domestic markets or its export at 220,000 rials per liter generates a daily revenue of 9.68 trillion rials or more than $32 million.

“The government currently sells 85 million liters of gasoline per day in the domestic markets, of which 70% is subsidized gasoline and 30% is sold at 30,000 rials per liter. The regime earns about 1.7 trillion rials per day,” reported the state-run Asr-e Iran website on December 27.

Now, according to the state-run Asr-e Iran website, “by allocating the subsidized gasoline to individuals, the government will receive roughly 10 trillion rials per day.”

While the regime claims that people would receive some extra cash, the real aim of this plan is to further fleece Iranians. Ordinary Iranians would only be able to sell their very little share of 15 liters of gasoline and earn around 220,000 rials or less than a dollar.

Meanwhile, regime-affiliates and front companies of the Revolutionary Guards, or privileged individuals and entities with access to more fuel, will immensely profit from this plan.

Besides, this plan will increase liquidity. And since Iran’s production rate is very low, this plan would only increase inflation and lead to skyrocketing prices.

The new plan will have a ripple effect in other markets and trigger a dramatic increase in the price of basic goods. The plan is currently being tested in Qeshm and Kish islands, to be expanded to other parts of Iran.

This is another scheme by the regime to cover up its massive budget deficit. Tehran needs every penny to pursue its malign objectives, thus is goes every extra mile to generate revenue. In reality, the regime is preparing the ground for increasing fuel prices. Recently, many Iranian energy experts in Iran had called the increasing of fuel price “inevitable” as the only solution for “increasing gasoline production capacity.” Yet, they have also warned about the social consequences of increasing fuel prices.

“All or a significant part of the price increase is due to mismanagement. Since people can see that after three decades, they must pay the costs of the officials’ recklessness, and since inequalities have increased, they can no longer tolerate the situation. Thus, it is not a good time to increase the fuel price,” wrote the state-run Arman daily on October 23.

It is worth noting that the major Iran protests in November 2019 started due to the sudden tripling of fuel prices. This uprising rattled the regime’s foundation, and its nightmare has been haunting the mullahs.