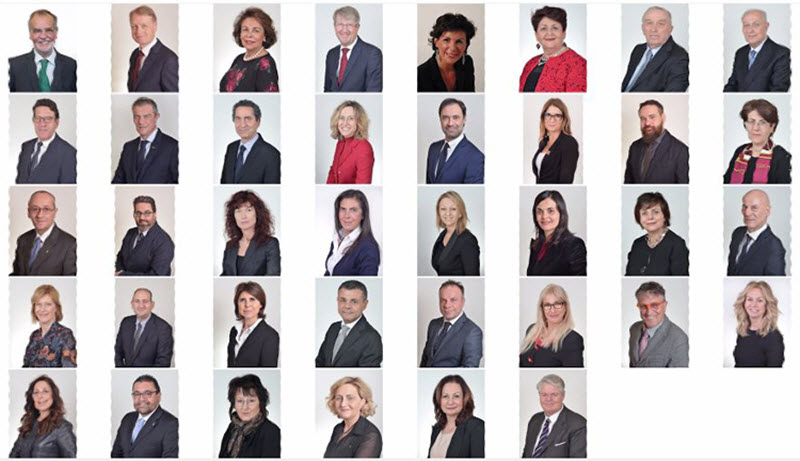 On the eve of the Iranian Grand Gathering in Paris on June 30, 2018, Italian senate majority issued a statement declaring its support for Iranian people’s uprising and their resistance for freedom and democracy.

The senate majority has called on European countries and the international community alike to take a tough stance on the Iranian regime and make their relations with the regime conditional on its stopping torture and execution, terrorism, missile program, and warmongering in the region.

The statement has been signed by 11 board members, including one deputy chairman, two moderators, and eight secretaries of the Italian senate.

It’s nearly four decades now that the religious dictatorship ruling Iran has been denounced for its continuous and gross violation of human rights. More than 120,000 of Iranian defenders of democracy and human rights along with some of their family members have been arbitrarily detained, put under barbaric tortures and even executed. More than 30,000 political prisoners were massacred in the summer of 1988 only for their objection to the religious dictatorship and support for the NCRI opposition movement. Amnesty International has referred to the massacre as a crime against humanity, calling for the perpetrators to be brought to justice. According to the UN reports, the Iranian regime is the world’s record holder of per capita execution rate.

Despite such oppression, however, the world witnessed a new wave of Iranian people’s uprisings and protests throughout January 2018, which soon spread to more than 140 cities across the country. Iranian people’s nationwide slogans, including “moderates, conservatives, the game is over”, “down with Khamenei and Rouhani”, “not Gaza, not Lebanon, my life only goes to Iran” and “let go of Syria, think of us”, clearly show their demand for regime change and termination of regime’s terrorism and warmongering in regional countries.

We hereby declare our support of these demands raised by Iranian people.

On January 9, Khamenei publicly announced that “we have specific information showing that PMOI (MEK) had been planning, preparing and organizing the protests from months ago.” Many other regime officials have also acknowledged PMOI and their supporters’ key role in organizing and continuation of the protests.

The era has changed in Iran. Iranian people have risen up to overthrow the regime and establish freedom and democracy in Iran along with peace and security in the region. We call on European countries and the international community to replace their appeasement policy with a decisive one. Relations with the Iranian regime have to be conditional on regime’s abolition of torture and execution, and termination of its ballistic missile program and export of terrorism and warmongering in the region.

We also declare our support for Iranian Grand Gathering, due to be held in Paris on June 30, to promote Iranian people’s demand for changing the religious dictatorship and establishing freedom and democracy in Iran. We call on our government and the international community alike to side with the Iranian people and recognize the NCRI as an alternative to the regime.

We also support NCRI’s President-elect Mrs. Maryam Rajavi’s 10-point plan, which is aimed at setting up a democratic republic based on separation of religion and government, gender, ethnic and religious equality, non-pursuing any nuclear program, abolition of death penalty, peaceful coexistence and commitment to international rules and conventions, to ensure democracy, development and progress in Iran and the world.

It’s time for the international community to put itself on the right side of history.