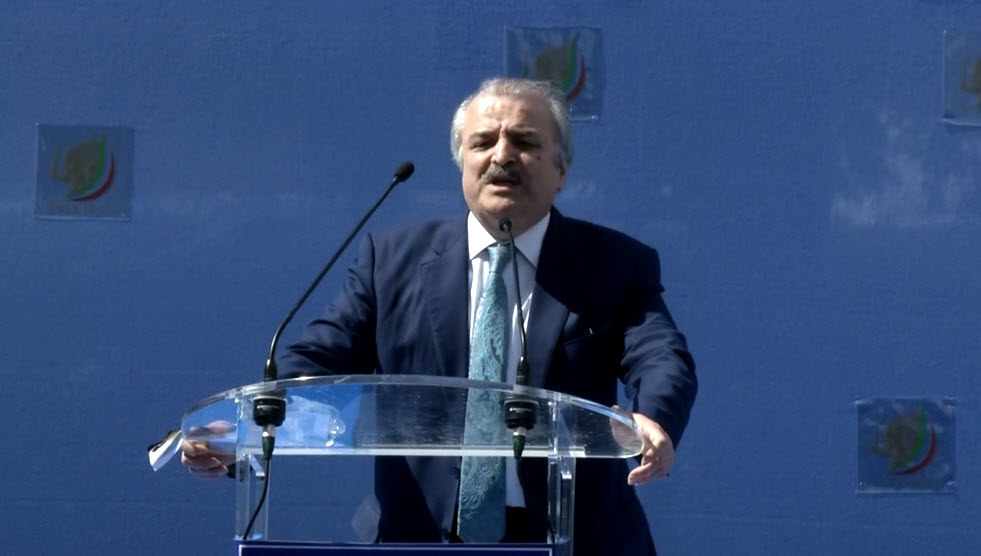 Text of remarks by Mohammad Mohaddessin, Chair of the Foreign Affairs Committee of the National Council of Resistance of Iran (NCRI) at the June 15, 2019 Free Iran rally and march in Brussels:

Today, the inhuman mullah regime ruling Iran is in its final phase, and the Iranian people and their Resistance are determined to topple this regime and establish a popular and democratic government in our shackled country.

The PMOI's Resistance Units in Iran are on the front lines of our battle with the regime. They are the organizers of the Iranian people’s uprising. You, PMOI (MEK) supporters, are accompanying them.

Dear compatriots, the Iranian regime is engulfed by the escalating outrage of the people. Fearing the end of the appeasement era, the regime tries to regain its stability by increasing oppression, attacking ships and launching missiles and drones. But these actions will only expedite its downfall.
.
The recent attack on oil tankers while Khamenei met with the Japanese Prime Minister once again showed that negotiations and placating the regime will achieve nothing and will have opposite results.

The only solution is the overthrow of this regime; this is an absolute need for peace and security in the Middle East and across the world.

Let me remind the EU that the regime's time is up. Do not tie your destiny to this regime. Put an end to appeasement. Do not fuel this regime’s terror and war machine.

Dear friends, PMOI (MEK) supporters, as we get ready for the march, we chant together: 'Down with Khamenei; Viva, viva Rajavi'. Undoubtedly these slogans terrify Khamenei and Rouhani.

As Mrs. Maryam Rajavi said earlier, the PMOI's Resistance Units are the key force of resistance against the religious fascism inside Iran, and you are the extension of their ranks.

Every day the mullahs’ regime further sinks into the swamp of collapse; after 40 years of murder and crimes, it is now stuck in a dead-end.

The regime doesn’t have the capacity to back down in its confrontation with the U.S., because if it does, the Iranian people, with the Resistance Units leading the way, will overthrow the regime. In addition, the regime has no power to confront the U.S. Therefore, this regime has to choose between 'worse' and 'worst'.

In this situation, the regime is trying to avoid its inevitable collapse through terrorism and demonizing the Resistance. But through your efforts, you foiled the regime's efforts.

The regime sends forth its agents and mercenaries inside Iran to spread propaganda against the PMOI (MEK). And it spends huge sums to hire well-known agents abroad to demonize the Iranian Resistance. The goal is to say that Iran has no alternative and the world must cope with the mullahs' regime.

The ridiculousness has reached such heights that a German court condemned Der Spiegel for spreading falsehoods against the Resistance. The antidote to the demonization campaign is in your hands. Your active presence will prove to the world that the choice of the Iranian people is the PMOI and the NCRI. This is a message that you convey with your everyday presence.

The mullahs and their allies in the West thought that they could eliminate the Iranian Resistance through immense political and financial power and their control over mass media. This is a shameful policy that has been put to use many times during the 20th and 21st century. But you did not let them do the same thing to the Iranian Resistance. During the June 17, 2003 attempted coup d'état against our Resistance movement, the terrorist list campaign, and many other milestones of this Resistance's history, you proved that the will of the PMOI and their supporters is undefeatable. Today, I want to tell you that in the final days of this regime, we must defeat these ongoing conspiracies and continue this sacred fight, which is undoubtedly an important part of the struggle to overthrow this regime.