Democratic Senator: Giuliani serves the U.S. in supporting the MEK 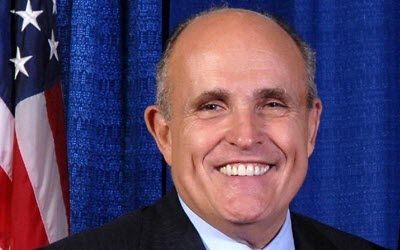 In a stinging rebuke to Daniel Benjamin’s article critiquing the Mujahidin e-Khalq (MEK), and, by extension, the potential choice of Rudy Giuliani as Trump’s secretary of state, former Democratic Senator for New Jersey, Robert Torricelli, argued that Giuliani had served the U.S. well by participating in a broad coalition of American policy-makers committed to the MEK as a legitimate democratic opposition to the current Iranian regime.

That coalition, Torricelli wrote, “includes two former chairmen of the joint chiefs, two former CIA directors, a former attorney general and the former chairs of both political parties,” and spans the “ideological range,” comprising “everyone from Howard Dean and Patrick Kennedy to Newt Gingrich and John Bolton.”

Torricelli explained the history of the MEK, and concluded that “the MEK did take part in legitimate political and military action against the Iranian regime.” There is no evidence, he said, to support Benjamin’s assertion that the MEK committed terrorist acts against Americans or Iranians.

Similarly, Torricelli disputes Benjamin’s claim that the MEK assisted in Saddam Hussein’s repression of the Kurds. This, he said, is denied by U.S. Army leaders in Iraq. In addition, with the arrival of U.S. forces in 2003, “the MEK willingly handed over its weapons, accepted U.S. protection and actively exposed the Iranian regime and its proxies’ terrorist activities. This included saving American lives by identifying IED locations.” Hence, the MEK enjoys the support of former U.S. military personnel, “including the former army anti-terror officer and the U.S. military police general assigned to the camp.”

Torricelli was a member of the Foreign Relation Committee in 1997, when “a group at State succeeded in convincing President Bill Clinton to place the MEK on the State Department list of terrorist organizations.” Torricelli said, “Some claimed at the time that this decision was mainly intended as a goodwill gesture to Iran.” He reviewed the State Department file on the MEK, and “found no evidence, no testimony and no reason for the designation except placating Tehran.”

Torricelli pointed out that Giuliani was thanked by “Senator McCain, Secretary Clinton, Deputy Secretary Blinken and John Kerry’s own personal representative on the MEK, Jonathan Weiner,” when he paid his own transportation costs to be part of a delegation to the MEK’s leader, Maryam Rajavi, to persuade her to assist U.S. diplomacy in 2012.

Torricelli called the hope of reconciliation with the mullahs “an illusion”; “the most likely crises facing the new president is an escalation in the struggle with the fundamentalist Islamic Republic of Iran.” Rudy Giuliani, he said, “has lived that struggle for a decade.”

Torricelli concluded, “The president-elect may or may not choose Mr. Giuliani as secretary of state. What shouldn’t happen is for countering Tehran and assisting our country to be anything other than a valuable contribution to his consideration.”