Iranian opposition activist recounts his abduction and escape by regime 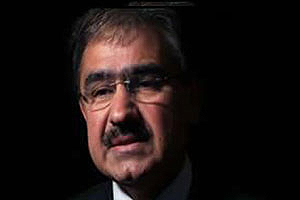 This documentary covers memoires of People’s Mojahedin Organization of Iran (PMOI/MEK) members regarding the atrocities of the Iranian regime. The first episode of this documentary series is about the abduction of Mr. Abolhassan Mojtahedzadeh in Istanbul by Iranian regime’s embassy.

Narration: Twenty-six years ago, Engineer Abolhassan Mojtahedzadeh resided in Istanbul, Turkey. Everything was appeared normal on that day.

Mr. Mojtahedzadeh: Near the airport where our office was also located they shaped a sham car accident. They hit my car from behind. I got out to see what had happened. Someone told me in Turkish to go see that I have hit his car. This was at a 5-way intersection and a van came for me. Seven men got out of the van. I thought these were Turkish security forces. At the same time, a bus closed one section of the street. The seven men tried to grab me. It was dusk and the people there thought these men were from the police. Two men grabbed my legs, another 2-3 men locked my arms, another one covered my eyes and hit me several times on the head. They pushed me into the van. Inside the van was a cage and they put me in that cage and took me away.

I was inside the van for around 15 to 20 minutes. I had to squat to fit in the cage. After 15 to 20 minutes they took me to one of their safe houses. I was inside this coffin-like box and they took me to a room. I was still a little dazed. They tied me all up so that I could not see or yell. There were seven to eight people around me. They insulted me and said that this is my last day alive. They called me Monafeq [a derogatory term for PMOI members].

I was in that place for about 3-4 days. They interrogated me 2-3 times every day. They put me inside a bag. There are around 300 cuts in my body. There was a floor full of broken glass and they called it playing football on glass lawn. They kicked me around for 10 to 15 minutes as I was in that bag rolling on the broken glasses. Then they stopped and told me that this is my last day and Haji has told them to execute me.

Narration: After several days of interrogation and torture, Abolhassan was transferred to another house. There he learned where he was and found out who had ordered his abduction. (This was a house that belonged to the Iranian regime in Turkey).

Mr. Mojtahedzadeh: Then they opened my eyes and I could see 3-4 people. These people were later arrested by the Turkish police. One of them was Mehrdad Bagheri, another was Hamid, and another one was a security guy from regime’s consulate in Istanbul. I learned their names after they were arrested. They told me that they have my wife and my six-month-old son. They told me that they are going to execute them and that I should tell them everything that I know. There, I saw Manouchehr Mottaky, regime’s ambassador to Turkey.

Narration: They attempted to take Abolhassan to Iran in a convoy of three vehicles with diplomatic licenses. But the Turkish police followed the convoy and stopped it. This incident was published in the media as a diplomatic crisis.

Mr. Mojtahedzadeh: All international and Turkish papers wrote that four diplomats were arrested during an abduction.

Previous article“Iran regime consistently shows that it must not be trusted”
Next articleU.S. lawmakers concerned about Iran nuclear talks concessions