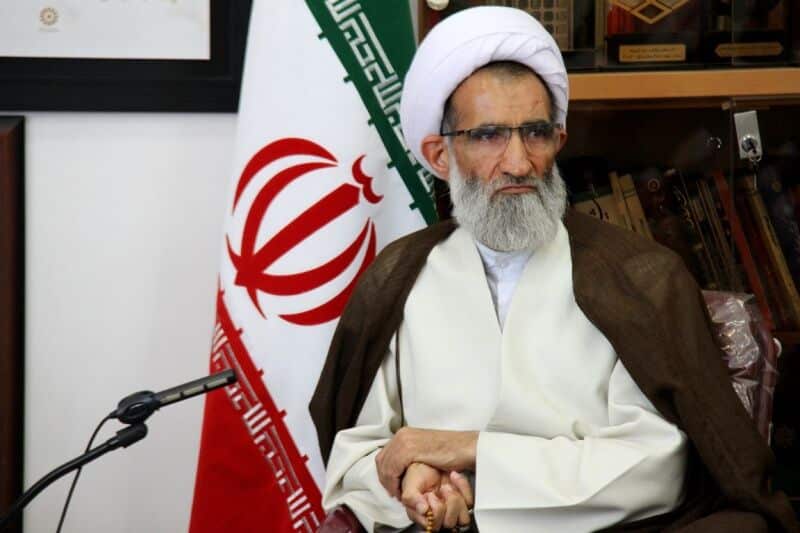 On January 6, simultaneous with the second anniversary of Qassem Soleimani’s elimination, the Resistance Units torched his statue in Shahr-e Kord in Chaharmahal and Bakhtiari Province. Terrified of the daring action, Mohammad Ali Nekonam, the representative of the Iranian regime’s supreme leader in Shahr-e Kord, issued a statement on Thursday, according to the state-run ISNA News Agency.

“This crime happened at night, just like the crime that happened at night in Baghdad’s airport at the height of the [enemy’s] cowardly,” Nekonam said, brazenly claiming that this action “would increase Haj Qassem’s popularity among people.”

“In a brazen act, the statue of Lt. Gen. Haj Qassem Soleimani, unveiled yesterday morning, January 5, in the presence of officials in the Province in Hazrat Qamarbani Hashem Square in Shahrekord, was set on blaze last night by unidentified individuals,” the semi-official News Agency ISNA reported today.

Soleimani, the notorious commander of the Revolutionary Guards (IRGC) terrorist Quds Force, was killed in a drone strike on January 3, 2020. His critical role in the violent crackdown on uprisings in Iran notwithstanding, Soleimani did his utmost to prop up Bashar al-Assad’s murderous regime, notably the Ghouta chemical attack in 2013 that resulted in hundreds of deaths, including children. His actions earned him the nickname of “child killer.”

Following his death, the Iranian regime and its apologists attempted to portray Soleimani as a “national hero” and “the commander of hearts.”

These bogus claims were soon debunked by people who tore down or torched his posters and statues across Iran during the major Iran protests in January 2020and in 2021.

Thursday’s action reflects the people’s disdain toward the terrorist regime represented by criminals like Soleimani and the resilience and capabilities of the activists of the organized opposition inside Iran.