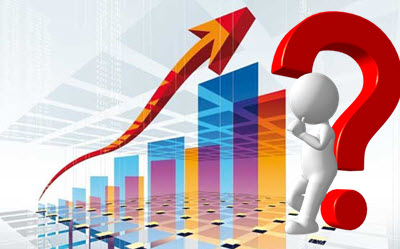 NCRI – Head of Iran’s Chamber of Commerce Industries Commission, stating that the industry was stagnant in the first 6 months of this year, said the central bank should announce and display its documentation of the (claimed) 7.4% economic growth.

In an interview with state-run Tasnim news agency affiliated to the terrorist Quds Force, Abolfazl Roghani regarding the claimed 7.4% economic growth stated: “As an economic activist, I have not seen any growth in the industrial sector in the first half of the year.”

“The central bank that claims the economy has had this (7.4%) growth rate must prove it, based on documentations,” he said and continued, “Currently, there is no serious mobility or growth in the industrial sector and stagnation still reigns in this area.”

Meanwhile, Mohammad Osmani, board member Iranian regime’s parliament also demanded the head of central bank to clarify the 7.4% economic growth. He stated that 7.4% economic growth in the first half of current year was unrealistic and unacceptable and said: “If this number is correct, at least 800 trillion Tomans ($2,475 billion dollars) new cash must have been injected into the economy, but such a large amount of money has never been pumped into the economy.”

On the other hand, a member of the regime’ parliament economy commission, said: “The basis for the 7.4% economic growth announced by the government is unclear.”

Mahmoud Bahmani, in an interview with Khaneh Melat or Nation’s House (parliament’s news agency) regarding the 7.4% economic growth announced by the President and confirmed by the Central Bank said: “I do not know how and from what sources these figures have been extracted and announced.”

Previous articleIran: A Prisoner Was Executed in Public, a Juvenile Prisoner on the Verge of Execution
Next articleIran: Over 1200 Citizens Arrested in Tehran in 8 Months for Using Cyberspace