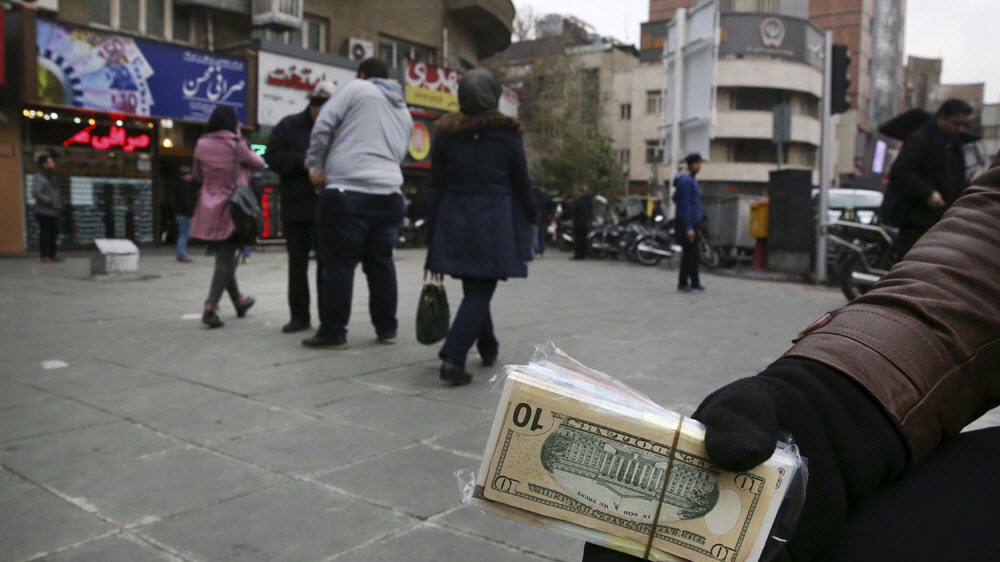 The Iranian Regime is besieged by crises, not least the economic chaos that results from 40 years of mismanagement and corruption. But the Regime is, as always, shifting the blame onto others; whether it be opposing factions in the Regime or foreign “enemies”, like the US.

The chief of the economic commission in the Iranian parliament, Mohammadreza Pour-Ebrahimi, has attacked Hassan Rouhani’s government for economic policy decisions, including the artificial fixing of the exchange rate.

In April 2018, the Iranian government created a fixed exchange rate of 4,200 Iranian tomans to the US dollar, in order to tackle the devaluation of the currency and allow eligible buyers to import essential goods/raw materials and sell them at prices that would be affordable to the Iranian market. (The global market exchange rate is just over four times more at 13,500 tomans per US dollar.)

Unsurprisingly, this has been exploited by those affiliated with the Regime, who buy goods cheaply and sell them on at free market prices, making a considerable profit. It’s one of the major reasons for skyrocketing food prices.

Pour-Ebrahimi said: “Several times I asked the president personally about who makes economic decisions? This is a riddle to us…Assigning the [fixed] value of 4,200 [tomans] for the [US] currency was a catastrophe for the Iranian economy and our prediction was that it will destroy the country.”

He explained that he had asked Rouhani’s economic deputy, the then-minister of the economy, and the then-president of the central bank, whether they agreed with the decision to fix the exchange rate and all told him they had disagreed.

While Abbas Argoun, member of Tehran’s Chamber of Commerce, called the exchange rate fixing “one of the biggest economic mistakes in the past year”.

Deputy minister of labour, Ali Zaeem, said that corruption and bribery are a major problem in Iran, causing yet more damage to the economy and warned that this could upset the political balance in Iran.

He said: “For instance, in days of the crisis, some people will gain more power and some people’s power will decrease in return and these ups and downs will distance the political climate from the necessary balance, bringing about chaos.”

This does not bode well for the Regime as they start the new Iranian year and many predict that this could be the death blow for the mullahs.

Iranian economist Ali Dini Torkamani wrote: “Because of a weak government and blatant mismanagement, the Iranian society and economy are struggling with a phenomenon called the ‘systemic defeat’. It has become a very worn and condemned building that one can’t address its problems with micro solutions. The house needs fundamental renovation.”