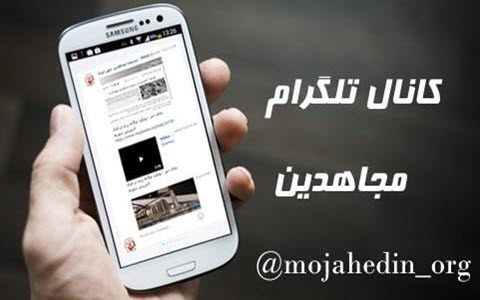 NCRI – As the regime in Iran faces a variety of crises, the deputy public prosecutor said concerns about cyberspace have become extremely worrisome for Tehran.

Iranian Supreme Leader Ali Khamenei is also cited saying cyberspace is the killing ground of the country’s youth, meaning this is where they learn the truth about the regime ruling Iran.The mullahs claim to be concerned about the youth and Islamic values undermined due to their cyberspace activities and social media.

However, with all the media assets at its disposal, why can’t the regime properly confront this threat?

The truth is concerns about “religion and faith” are not the regime’s concerns as their own officials have in interviews acknowledged the fact that improper posts are blocked by Telegram administrators.

“More than 30% of these Telegram channels are involved in criminal activities against the country’s security and disrupting the entire nation,” said Iran’s deputy public prosecutor Abdolsamad Khoramabadi.

Of course, the main target of these remarks are the Telegram channels belonging to the Iranian opposition People’s Mojahedin Organization of Iran (PMOI/MEK).

“.. we are left incapable on the Internet. The Supreme Leader has said time and again that this cyberspace is uncontrollable. … it is unacceptable to have 8,000 orders in this regard and not being able to do anything in this regard,” Khoramabadi said.

This official also admits the MEK would continue their activities even without Telegram, yet this platform has provided them the means to accelerate the pace of their efforts.

In addition to speed, the Iranian people having access to MEK criteria has left the regime terrified.

“The MEK Telegram channel inside Iran is very active… all the regime’s opponents are providing the people all their books and written material through this online platform. If you sought to purchase them you have to pay huge amounts of money. If you wanted to publish a book it would be very demanding, but on the Internet it is quite easy,” he added.

While the Iranian regime can completely block these websites, why has this issue reached the media?

The regime in Tehran is truly facing an impasse in the face of Telegram. It can’t completely block the website as it needs the platform for its own purposes, and it also cannot block only certain channels.

If Iran blocks Telegram in its entirety, it will come with heavy political and social impacts, leaving this regime facing 40 million angry users. Furthermore this will not resolve the entire issue and these users will most certainly find another platform.

The Iranian regime has time and again negotiated with Telegram’s managers to block the MEK website and associated channels, only to be rejected each time. This has left Tehran facing an impasse.

Either accept the MEK’s vast network with all its grave consequences, or pay the ultimate price of blocking Telegram. The latter, however, will raise even more questions.

Previous articleFormer Jordanian Minister: The Fall of Iran Regime Is Near
Next articleIran: Shocking Incident of a Deprived Father Throwing His Child in Front of a Car