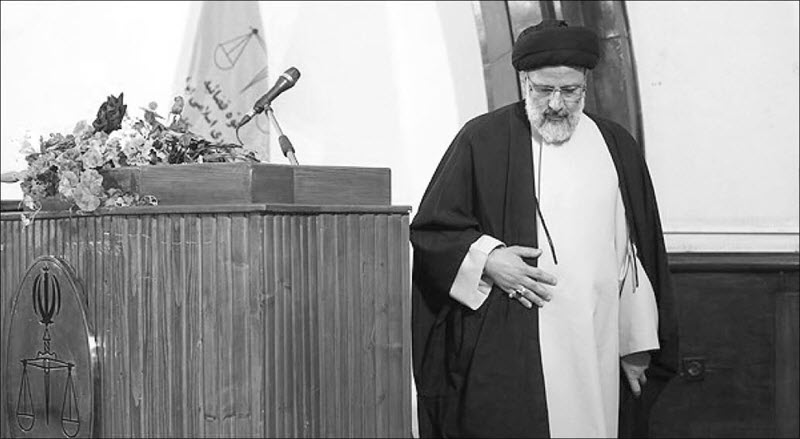 The new Chief Justice of Iran has been appointed. Ebrahim Raisi was selected by Supreme Leader Ayatollah Ali Khamenei as the head of the country’s judiciary. He will now be in charge of the branch of the Iranian government that oversees the country’s prosecutors and courts.

Raisi has an extensive history in the Iranian judicial system starting just after the 1979 revolution. His first position was in Karaj where he became the city’s prosecutor at the age of just 19. He then moved on, very quickly, to becoming an important judge. Further on in his career, he became Deputy Chief Justice and Attorney General.

During the 2017 elections in Iran, Raisi ran for the presidency. He was the conservative opponent to Rouhani who was re-elected for a second term with more than half of the votes.

After the failed “election” campaign he returned to his post as custodian of one of the country’s most valued and prized religious sites – the Imam Reza shrine.

The appointment of Ebrahim Raisi as Chief Justice is controversial. When he was running for the presidency, the people of Iran were appalled that someone with his history could potentially become the leader of their country. Most of their disgust came from the fact that he played a major role in the mass executions of 1988.

During the period of one single summer in 1988, tens of thousands of political prisoners were executed on the orders of the Supreme Leader. Death commissions were set up across the country, giving the go-ahead for the executions. Raisi was a member of one of these death commissions, making him responsible for countless executions.

The people of Iran have not forgotten this crime against humanity for which those responsible are still not being held accountable for. Many of the people that were executed were buried in mass and unmarked graves and their families have never been able to bury them.

The people of Iran have been making renewed calls for justice and international human rights organisations have also been calling for an independent inquiry into the tragedy.

As well as taking part in the 1988 executions, Raisi has also played a major role in the human rights abuses and oppression that the people have been subjected to for decades.

His appointment as Chief Justice is very telling because it comes at a time where the Iranian regime is being pressured on all fronts – internationally and domestically. The Iranian regime is clearly trying to get a handle on the widespread domestic discontent that shows no sign of easing up. Appointing someone with such a brutal and murderous history shows that the regime is nearing crisis.

However, this appointment will not please the people and they are not going to be intimidated into silence. If anything, this news will just make the people even more determined to reach their goal of regime change. The people will be the force behind the regime’s collapse which is looking more and more imminent.