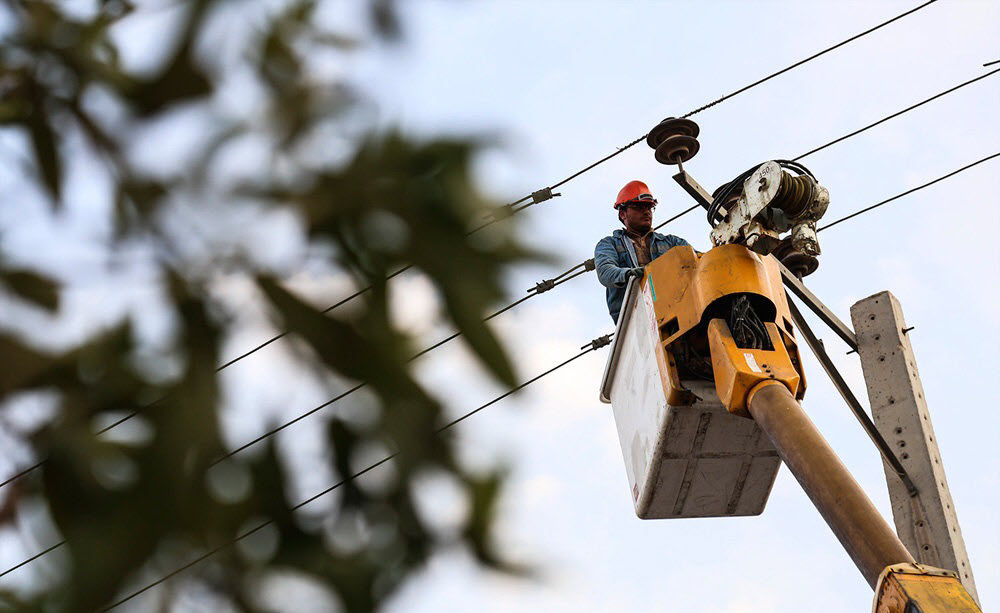 In addition to disrupting people’s everyday lives, widespread and unannounced power outages have also sparked dissatisfaction and protests in cities across Iran.

On Monday July 2 at the beginning of hot summer season, Iran’s power consumption set a new record of more than 56,000 megawatts. This was while regime officials had earlier announced that the country’s power plants were running out of their reserve electricity.

“While the country’s hydropower plants have a 12,000 megawatt capacity, we can only produce 6,000 megawatts this year,” says Maysam Jafarzadeh, director of Ministry of Energy’s Crisis Management Office, trying to justify continuous power outages and regime’s inefficiency to supply enough electricity.

The nominal capacity of Iran’s thermal power plants is about 63,000 megawatts. But the plants generate only 44,000 megawatts despite working at their full capacity.

The situation has now led to repeated unannounced power outages in Tehran, East and West Azerbaijan, Khuzestan, Fars, Mazandaran, and a number of other Iran’s provinces. This in turn has disrupted people’s everyday lives and prompted a series of protests.

A power outage schedule has been officially released in Semnan and Isfahan provinces. Meanwhile, the CEO of regime’s power distribution company in Kermanshah province has also provided a weekly power outage schedule, announcing that it is going to be in effect until September 6.

Threatening to cut off offices’ electricity

Tehran Electricity Distribution Company has meanwhile issued a circular, announcing that it would cut off the electricity of government offices if they leave their cooling devices on after 13.30. Nonetheless, Tehran governor later referred to the announcement as a mere ‘suggestion’.

Daily power outages have disrupted people’s everyday lives and the public services alike. People are upset about their building’s non-functioning water pumps and elevators. Power outages have also resulted in financial damages as out-of-power refrigerators and other cooling devices in stores and restaurants have caused their food products to spoil.

The regime is unable to produce enough electricity

“We’re experiencing different conditions this summer, as the country’s hydropower plants are operating with only 50 percent of their 10,000 megawatt capacity,” says CEO of Tehran Electricity Distribution Company.

Also in this regard, head of regime’s Hydropower Plants Management Center ‘Farbod Estiri’ has said that “the country’s rainfall volume, calculated from October 2017 to date, has decreased to only 167 mm, showing a 26 percent decrease compared to the same period last year.”

Regime officials have repeatedly warned over decreased water storage in country’s dams and the subsequent fall in power production, putting the blame on a water scarcity crisis that is the result of regime’s wrong policies in the first place.

But what the officials of the crisis-stricken regime refuse to mention, is the inadequate increase in the country’s thermal and renewable electricity production. While Iran had to increase its power production by 4,000 megawatts a year, Energy Ministry’s annual report says that the power plants’ real capacity has only increased 2.3 percent, which is less than half of what was needed.

Besides, nearly ten percent of Iran’s total 60,000-megawatt electricity production is lost in the country’s distribution network. In other words, about 6,000 megawatts of Iran’s generated power is lost and never reaches the consumers.

While the Iranian regime had claimed after the 2015 nuclear deal that it would absorb foreign investments for generating 5,000 megawatts of electricity through solar, wind and other renewable energy sources, but billions of dollars of funds released through the nuclear deal were squandered on regime’s interventions in the region, exporting terrorism, and its missile and nuclear program, so much so that the country’s total renewable electricity production, according to Energy Ministry’s latest weekly report, is only about 364 megawatts.

With the nuclear deal failed and re-imposition of sanctions on the horizon, there’s no bright outlook for foreign investment, with regime’s decreased ability to supply enough electricity suggesting that more social unrests are on the way.

Previous articleIran news in brief, July 6, 2018
Next articleThe Iranian Regime and Its Use of Proxies Across the Middle East