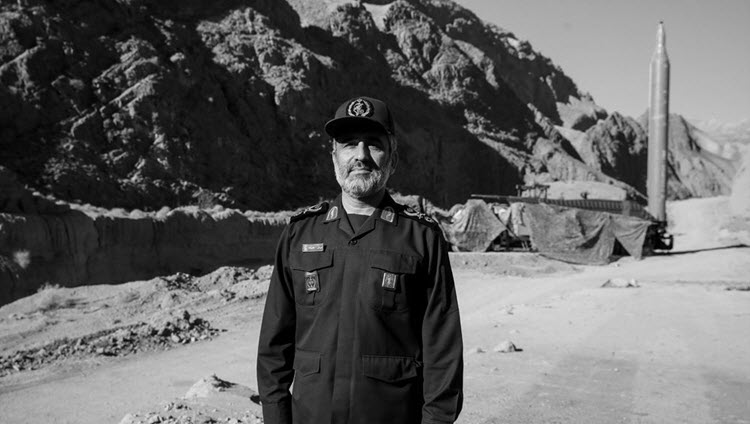 According to the state-run Fars news agency affiliated to to IRGC, on Wednesday, March 7, the commander of the Islamic Revolutionary Guard Corps air-space forces said at a gathering held at the IRGC site that today all the regime’s institutions have integrated view on the missile issue “especially Ground-to-Ground missiles” and added, “In the past, we had to explain a lot to the institutions about the actions in general, but now it is not the same now and our missile production have tripled compared to the past.”

These remarks came a day after the French Foreign Minister, Jean-Yves Le Drian, was on a very sensitive mission to Tehran.

The purpose of Le Drian’s visit to Tehran was to emphasize European support for the nuclear deal and, at the same time, to transfer US concerns about the regime’s missile program.

President Donald Trump threatened to withdraw from the nuclear deal if the nuclear deal with the Iranian regime is not corrected forcing the regime to reduce its influence in the Middle East and limit its missile program.

However, regime officials, in their dialogue with Le Drian, emphasized that Tehran’s ballistic missile program is not negotiable.

A nuclear deal with the Iranian regime was signed during the former US administration headed by Barack Obama. Based on the agreement reached in 2015, also referred to as the “Joint Comprehensive Plan of Action (JCPOA)”, the sanctions imposed on the regime were suspended in return for limiting the Iranian regime’s nuclear program. The United States, the United Kingdom, France, Russia and China, the five permanent members of the UN Security Council, plus Germany, which they called the “P5 + 1” were the parties negotiating with Iran.

Trump opposed this agreement from the outset and described it as “the worst” possible agreement.

Previous articleIranian Regime’s Abuse of Human Rights Must Be Addressed
Next articleMaryam Rajavi: The Arisen and Combatant Women of Iran Are the Pivotal Force for Change