Iran’s Use of Chemical Weapons Brought to the Forefront 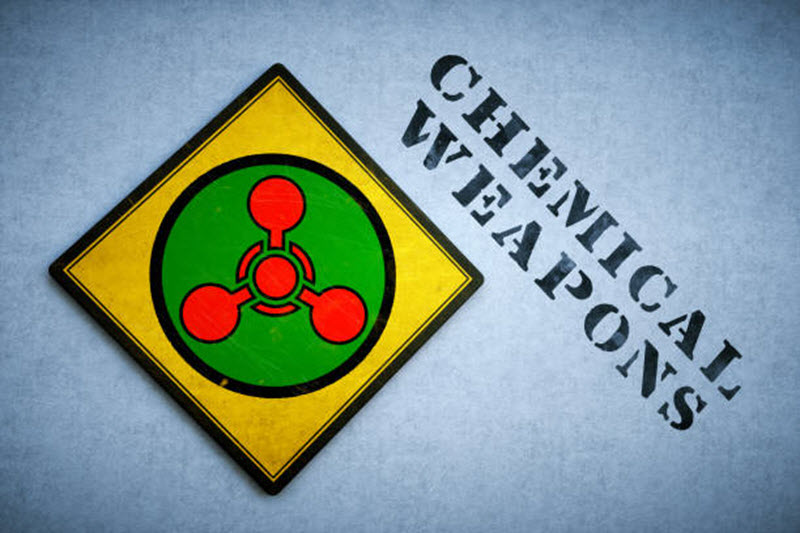 The United States is in the middle of a maximum pressure campaign on Iran. The Trump administration has paid a lot of attention to Iran over the past year and it has put in place a number of strategies to roll back Iran’s influence in the Middle East and to curb its belligerent behaviour.

Trump’s strategy is very clear. He is trying to cut the regime off form the income that it uses to fund terrorist groups and activities across the region. He, and many members of his administration, have been very outspoken and clear about their opinions on what they describe at the biggest threat to peace and security in the region.

The U.S. ambassador to Netherlands Kenneth Ward said at an Organisation for the Prohibition of Chemical Weapons (OPCW) meeting on Thursday: “The United States has had longstanding concerns that Iran maintains a chemical weapons program that it has failed to declare to the OPCW.” He also said that the United States has concerns that Iran may also be “pursuing central nervous system-acting chemicals for offensive purposes.”

Ward explained that Iran is involved in a number of different schemes that go against the OPCW’s policies. This includes the illicit program that Iran has in place to purchase illegal toxic weapons. It also includes a facility that the regime is keeping under cover for storing aerial bombs.

With regards to Iran’s failure to declare its transfer of chemical-filled shells that were sent to Libya during the eighties, Ward said: “They were clearly of Iranian origin as evidenced by the Farsi writing on the boxes containing the artillery shells.”

As predictable as ever, the Iranian regime has denied all allegations made against it. The Foreign Ministry has even said that the United States is fabricating claims. A spokesperson of the Iranian foreign ministry said: “The United States […] has made, as is its habit, baseless accusations against the Islamic republic which we strongly reject. […] Such incorrect and false accusations are due solely to enmity towards the Iranian nation and are intended to deflect international attention from its own broken commitments and continued support for the Zionist regime’s chemical arsenal and for terrorist groups.” It promised that it would provide the OPWC with a full response.

During the Iran-Iraq war, the Iranian regime was involved in several chemical atrocities and it has tried to pin the blame on the main opposition group, the People’s Mojahedin of Iran (PMOI/MEK).

More than 3,000 civilians died in a chemical attack in Halabja at the end of the war. The largest such attack against civilians in modern history. The Iranian regime was trying to get rid of Kurdish dissidents and it managed to convince many that Saddam Hussein ordered it.

However, a French jurist and lawyer to the former Iraqi head of state, Emmanuel Ludot, revealed: “The Iranian ambassador told me [to] say Iranians did not gas the Kurds … [that] this was the work of the MEK.” In an interview, he realised that there could be grave consequences for him in speaking about the situation, but nevertheless said that an Iranian ambassador had asked him to make an agreement. Ludot said the ambassador wanted him to “say that Saddam didn’t attack the Kurds with [chemical] gas and you say that the Iranians didn’t attack the Kurds with gas”. He was then asked to “present a case that the PMOI has used these gases against the Kurds”.

Previous articleIran: Farmers’ protest enters its third month
Next articleIran Regime’s Proxy Forces Trained to Use IEDs Against the US in Syria