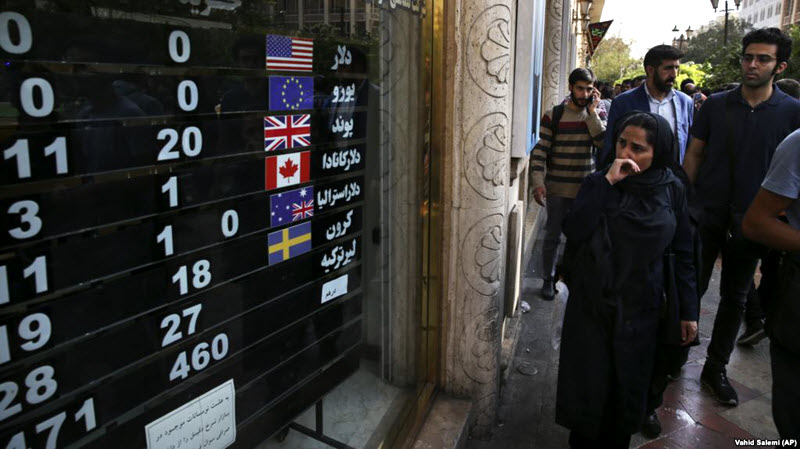 The Iranian economy has been the weakest over the past few years. It has always experienced major fluctuations – at least since the anti-Monarchical Revolution of 1979. This has been because of factors such as the Iran Iraq war during the eighties and the time international sanctions were in place from 2012 to 2016 before the Joint Comprehensive Plan of Action (JCPoA) was signed.

Last year, U.S. President Donald Trump announced that the United States was exiting the nuclear deal and that the tough economic sanctions would be reimposed. This sparked another period of economic uncertainty, which was the intended effect.

One way of measuring GDP involves basing it on purchasing power parity (PPP). The International Monetary Fund believes that Iran’s GDP (in relation to PPP) would be 1,627 billion international dollars for this year. However, basing it on U.S. dollars, it would be $333.6 billion.

The PPP index indicates the purchasing power of people living in a country. Measuring GDP based on the USD does not give an accurate portrayal of the costs of goods and services and the standard of living. Hence, GDP being based on both PPP and the USD.

The PPP results are much better, but one of the reasons for this is because the country subsidises – to a high level – a lot of goods and services. This makes it look like purchasing power is much higher than it actually is.

One of the problems in Iran is that instead of fostering growth that would help the economy sustain itself, it is trying to engineer stability by subsidising fuel and food, making it look like living standards are acceptable.

Economists are also unable to truly assess the country’s economy on PPP alone because the only statistics it has access to are ones that the government of Iran supplies. There are no independent bodies to verify the data, or to carry out independent statistical reviews, which means that all data has to be taken with a pinch of salt. Especially given the Iranian government’s track record of under- or over-stating various issues to make it appear that the situation is less serious than it really is.

To rely on PPP alone is to give an inaccurate representation of reality.

Looking at Iran’s position in comparison to the rest of the world, there are a few worrying markers. For example, Iraq, in the midst of political insecurity and uncertainty is showing more strength in terms of economy compared to Iran.

The country’s economic situation has been brought about by weak policies that have lasted for decades. Corruption is also an important factor that explains the current situation. The regime is reluctant to accept responsibility for its errors and often blames outside influences. The answer is much closer to home and the people of Iran are more than aware of it. That is one of the reasons for their desire to see the regime collapse.

Iran’s Economic Crisis: Sanctions or the Regime, Which One To Blame?

Iran’s economic crisis has been at the center of attention of both domestic and foreign media. While the regime and its apologists try to...
Read more
Iran Protests & Demonstrations

On Tuesday and Wednesday, hundreds of people gathered outside the SEO building in Tehran. They protested the regime’s role in the sudden collapse of...
Read more
Iran News Now

The Iranian regime’s Supreme Leader, Ali Khamenei, who oversees one of the world's largest financial empires, shed crocodile tears for nurses on Sunday but...
Read more