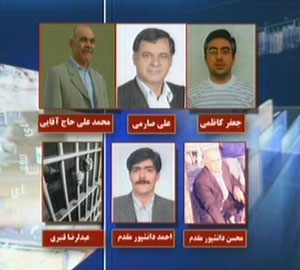 The Press Association, May 17 – British Parliamentarians have condemned the wave of death sentences handed out to Iranian opposition activists, and called on the Government to impose sanctions on the mullah regime in Tehran.

Labour peer Lord Corbett, chairman of the 120-strong British Parliamentary Committee for Iran Freedom, said in a statement: "How many more corpses will the mullahs need to prop up their unpopular regime?

"Our new government and others should condemn the regime for these barbaric sentences.

"The UK and EU should impose comprehensive sanctions on the regime until it halts all political executions," he added.

Previous articleIs new Iran nuclear swap deal a breakthrough?
Next articleMaryam Rajavi: Iranian regime’s claim to have agreed to a nuclear fuel swap is a deception