Iran: School Ordered Not to Register the Son of a Christian Pastor Prisoner 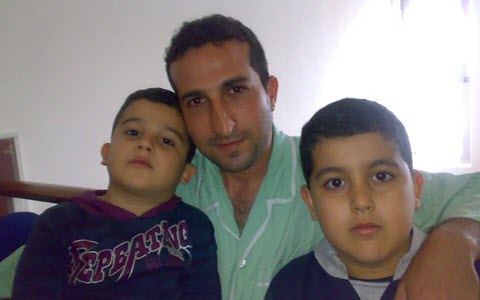 NCRI – Pressure on the family of a Christian pastor in Iran has augmented. According to reports, the agents of the Iranian regime have even refused to register Pastor Youssef Naderkhani’s son at the school. This is while this new Christian, in addition to 10 years in prison, has also been sentenced to two years of exile to the city of Nikshahr in Sistan and Baluchistan province (south-east of Iran).

The Iranian regime’s judiciary has sentences Youssef Naderkhani and several others to 10 years imprisonment on the charges of “forming house church” and “promotion” of what they call “Zionist Christianity.”

Naderkhani was arrested earlier in 2009 in Rasht. At that time, the Primary Court accused him of “leaving religion” and “inviting other Muslims to Christianity” and “creating a secret church in his home” and also “expressing open opposition to Islam,” and he was reportedly sentenced to death.

But with widespread protests of human rights organizations, this Christian pastor was finally acquitted of “apostasy” charges and was sentenced to three years in prison allegedly for “propaganda against the state” and was released after he spent more than three years in prison.

In recent months, a number of Evangelical Christians have been sentenced to long term imprisonment.

In many cases, they are charged with “acting against national security” by “setting up and participating in home churches.”

It is notable that last week on Wednesday, September 20, a Christian couple were arrested by security forces after being summoned to the Iranian regime’s intelligence office in Tehran. These new Christians are accused of acting in a burial ceremony in Tehran’s Behesht-e Zahra cemetery according to Christian rituals and Christianity.

Previous articleConfession of the Iran Regime to Export of Terrorism and Extremism to the Middle East and Africa
Next articleU.N. Special Rapporteur Tells Iran Regime: Abolish Torture and Release Detainees