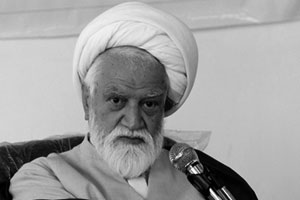 NCRI – A high ranking Iranian cleric who is the representative of the Iranian regime’s Supreme Leader in a Hormozgan province (southern Iran) has called for more inhumane punishment of hand amputations to be carried out.

Ghulam Ali Naeem Abadi, who regularly speaks at the state-organized weekly Friday Prayers sermon in the city of Bandar Abbas, said on Wednesday in city of Mashhad: “If the hands of a few of those who commit thievery in the society be cut off, they would set as examples for the others and security will be restored.”

“When the security would be restored in the society with amputating a few finger, why such punishments are not being implemented?” he asked.

Naeem Abadi who is also a member of powerful Assembly of Experts urged the authorities in the province to carry out the inhuman amputation and do not pay attention to the international criticism of the regime. “Our government is based on implementation of Islamic laws,” he said.

Naeem Abadi was referring to the inhuman laws sanctioning the gouging out of many eyes, the amputation of many hands, fingers and legs, and the execution of many juvenile offenders, which the regime officials have described as ‘a unique particularity’ of the clerical dictatorship ruling in regime.

Last year, in a debate at the United Nations, Mohammad Javad Larijani, the Secretary General of the clerical regime’s so-called High Council for Human Rights defended the inhuman laws and urged the Western countries “to look into” it.

In December, the International Trade Centre was due to hold a summit on prospects for economic relations between the nations of Europe and Iran....
Read more
Iran Human Rights

The latest report by the United Nations Special Rapporteur on human rights in Iran underlines a rising trend of human rights violations by the...
Read more