Iran: Seven Years of Illness and Uncertainty, a Report on the Status of an Imprisoned Father and Son 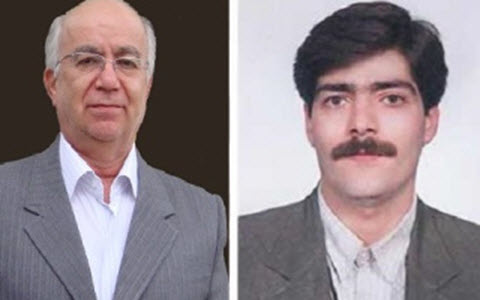 NCRI – Two political prisoners, a father and a son, after enduring more than seven years in prison in Section 350 of Evin Prison are still in a state of limbo.

Despite the passage of years since the original conviction of Mohsen and Ahmad Daneshpour Moghadam and their protest to the verdict, the judiciary refuses to issue a final verdict under the pretext of “lost file”.

The physical condition of the two political prisoners who have been deprived of many rights because of legal uncertainty is undesirable.

This inadequate condition is while Ahmad Daneshpur, despite his illness, is the nurse of his 72-year-old ill father in prison.

Ahmad Daneshpour Moghaddam and his wife Reyhaneh Haj Ebrahim Dabbagh and his parents Mohsen Daneshpour Moghadam and Mottahareh Bahrami Haghighi along with Hadi Ghaemi, a family friend, were arrested on December 28, 2009, when security officials entered their home. Less than a month later, on January 16, 2010, they were all tried and sentenced to death in a lower court without legal representation, and with state chosen counsel, by the judge Salavati. The detainees were in solitary confinement in ward 209 of Evin prison until sentencing and were held incommunicado.

Ahmad Daneshpour Moghadam contracted IBS disease in prison. He suffers this severe illness because of inadequate diet and use of strong chemical prescription drugs, This disease that includes intolerance to prison, has been listed in his file several times and according to doctors, it may turn into cancer.

It has to be noted that Daneshpour family has been arrested on Ashura of 2009, on the charge of traveling to Ashraf (former camp of the PMOI in Iraq) to visit the son and brother of Mohsen Daneshpour for few days in 2008.