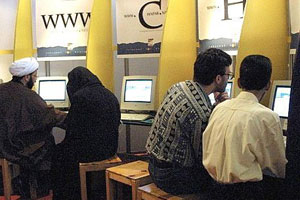 Implementing ‘Smart filtering’ system does not mean that ban on already blocked websites and social networks will be removed, the government of Hassan Rouhani’s Communications and Information technology minister has said.

Mahmoud Vaezi said on Saturday that the ban on “the already blocked web sites such as Facebook and Youtube” will not be lifted.

The regime in Iran which has set up one of the strictest controls on Internet access in the world, and has blocked hundreds of thousands of websites and social networks.

Social media such as Facebook, Twitter and YouTube are routinely bypassed by tech-savvy Iranians using VPN software which disguises the physical location of Internet users. This is despite the fact that the authorities have arrested sellers and users of VPN software.

Deputy Information and Communication Technology Minister Nasrullah Jahangardi said on November 10: “The identity of everyone accessing a network must be known and anonymous users will be blocked.

“Only those having a clear identity will be allowed to use the Internet or access mobile networks. And this will be done when the transition from the IPV4 to IPV6 network is accomplished in Iran.”

According to a report by Iran News Update, regime officials may be hoping that limited access to some websites will give citizens less incentive to circumvent outright bans. Alternatively, the regime may see this as an opportunity to more plausibly deny the observations of human rights groups and foreign politicians regarding Iran’s limits on free speech.

A survey by Iranian Ministry of Youth Affairs and Sports indicates that 69.3 percent of the country’s young generation use proxy servers to by-pass the filters and access the banned Internet websites. According to one survey some four million Iranians are using Facebook.

Earlier this morning, the clerical regime Iran hanged Mostafa Salehi, one of the prisoners of the Dec 2017-January 2018 uprising, in Dastgerd prison in...
Read more
News: Human Rights

The People’s Mojahedin Organization of Iran (PMOI-MEK) announced this afternoon, August 4, 2020, that Coronavirus has taken the lives of more than 82,600 in 350 cities across Iran....
Read more
Search