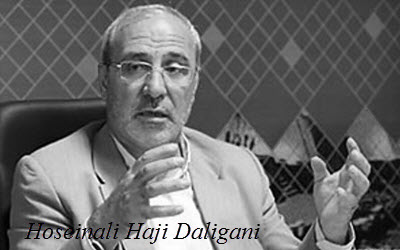 One of the regime’s MPs stated that there had never been a financial corruption to an amount of 11 trillion Tomans (US $ 3 billion) in the previous governments. This amount of corruption is related to the Teachers Investment Fund Corporation (TIFCO) of Iran.

As Tasnim News agency affiliated with IRGC reported, Hoseinali Haji Daligani stated:”we have never had a situation in which the managing director of a bank gets fired due to not listening to some bank debtors. Nevertheless, these issues are happening today. For instance, some of those who used export facilities also bend the rules. The export of commodities is confirmed on papers while no such thing has occurred. As a result, the person does not pay the 9% VAT.”

Haji Daligani referred to providing information on this matter to the Minister of Economy and said: “according to our information, 30 people of those who own accounts in Iranian banks of abroad get a loan at an interest rate of 8% and they deposit the same money in the country with 22% of interests. Some people are plundering and looting in different sectors of this country and the responsible authorities do not have the will to confront them. The Ministry of Economy that commits major violations of far-fetched salaries could not deal with these wrongdoers.”

The member of Parliamentary Plan and Budget Commission said that there is no will to eradicate corruption. Moreover,fraud is also practiced in some sectors. He said:”they sometimes control the domestic market and distribute the locally-produced goods as foreign ones. Thus this little much of employment will also vanish.”

He added:”if actually an investment to the amount of 100 thousand billion Tomans (US $ 29 billion) was made, we would not have these problems. In fact, the announced figure is not true and it was a complete plumper. Part of this percentage was of oil export. The single-digit rate of inflation is calculated while the required commodities are expensive. One of the things that we followed was the issue of those who own two nationalities. One of our objectives was to identify these people in order to make the issue transparent for others. We ask the organizations to investigate and track these issues autonomously and to provide information.”