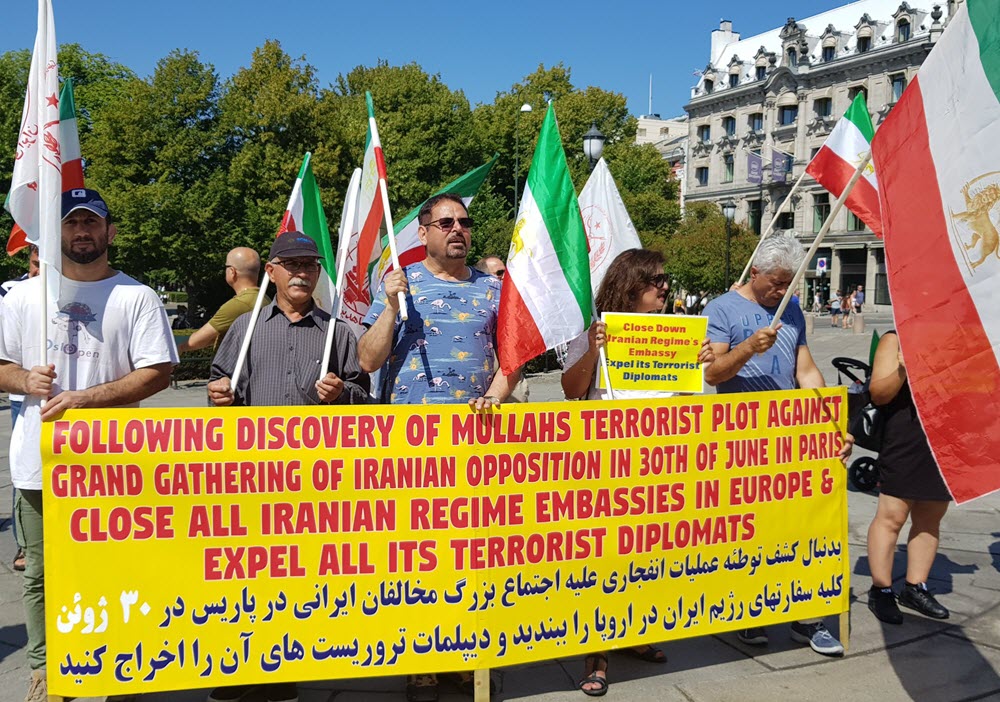 Many Iranian Regime officials have been frantically trying to deny or obfuscate the admission of a former Iranian regime diplomat that Europe has undeniable evidence about the Regime’s terrorist activities in Europe.

Ali Majedi, Tehran’s former ambassador to Germany, acknowledged this last week during an interview with the state-run ISNA news agency.

Majedi said: “The Europeans have produced evidence that we can’t deny. They have witnesses for their claims. There are some who think they can serve their country’s interests through arbitrary acts.”

His confession came just days are the EU imposed new sanctions on the Iranian Ministry of Intelligence and Security (MOIS) and two of its members for plotting terror attacks in Europe.

One of those sanctioned is senior Iranian diplomat to Vienna, Assadollah Assadi, who was involved in the plot to bomb the annual Free Iran gathering in Paris, which 100,000 people attended. He hired the would-be terrorists and supplied the explosives. He was arrested in Germany and was extradited to Belgium for trial.

Iranian Regime officials have long tried to deny their involvement in terrorism, even dismissing the sanctions as the result of political pressure from the Iranian Resistance, but Majedi’s confession has laid bare the truth and become the source of disputes between Iranian regime officials.

The Iranian foreign ministry was forced to issue a statement, which justified Majedi’s remarks, blamed others for misinterpreting them, and promoted the lie that the Iranian Resistance was responsible for terrorist activities.

The statement read: “It is clear that [Majedi] has not made reference to any specific case and was speaking of a general concern about possibilities… As [Majedi] has stressed, these attacks were probably conducted by opposition groups in ways that will be blamed on Iran. Foreign media and people with bad intentions are advised not to make their desired interpretations of this interview, and to not attribute their wishes to others.”

Of course, the rest of the world can plainly see that Europe would in no way even accuse a country of committing terrorism – let alone sanction them, expel diplomats, and arrest others – without evidence.

Other Regime officials, particularly those in Supreme Leader Ali Khamenei’s faction, have publically expressed outrage. Keyhan newspaper, a Khamenei mouthpiece, called Majedi the “enemy’s representative” in an op-ed, in which they wrote: “The more regrettable part of this interview is that our country’s former ambassador to Germany has sided with the Europeans regarding terrorism charges against the Islamic Republic.”

The desperate attempts by the Iranian Regime to control the narrative only show what the Resistance has been saying for years: Iran’s terrorism is a threat to global security and will only end when the mullahs are removed from power.

Throughout 2018, there were a series of terror attacks set to be carried out against Resistance members in Europe by the Regime, including France, Albania, United States, Netherlands and Denmark. The reason for this is that Iran sees that it is increasingly unpopular domestically and isolated internationally, so they are trying whatever desperate thing they can to prolong their power.

Previous articleKhamenei Too Weak to Intervene Over Anti-Terror Financing Bill
Next articleIran: Huge Portion of Population Faces Lack of Access to Clean Water