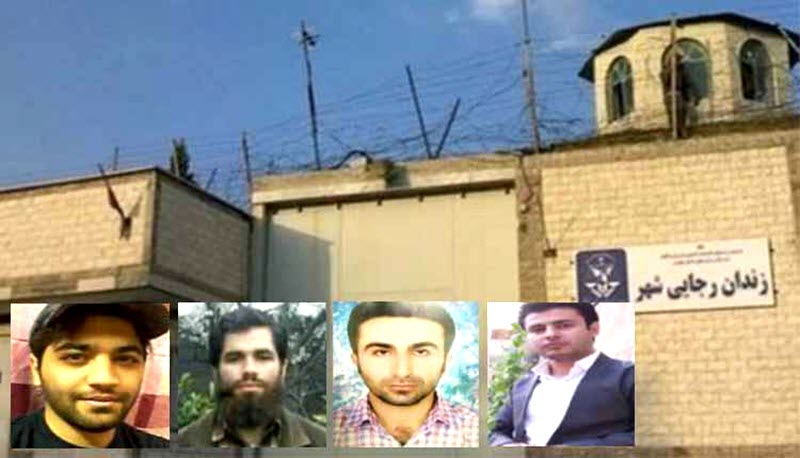 During a raid on Hall 21 of Ward 7 of Raja’i Shahr prison, ordered by warden Ziaei, anti-riot units used tear gas to subdue the Sunni prisoners before beating them with batons. According to reports, hundreds of anti-riot unit members were involved in this vicious attack, including all prison’s known torturers.

In the first wave, a large number of anti-riot unit members in full gear entered and began attacking the inmates. Then, yet more security forces brought in special rifles to fire tear gas at the prisoners.

Of course, the prison authorities have denied any medical care to the attacked prisoners and are leaving them to suffer from their broken arms and/or legs. Seven of the injured inmates were even transferred to solitary confinement with their hands and feet enchained and there has been no further information from these inmates.

It is believed that Ghoreishi and Darvish are in critical condition. It is feared that the Regime may murder these prisoners during the Regime’s 40th-anniversary celebrations as media attention will be focused elsewhere.

The raid began, according to Kurdistan Human Rights Activists, after Ghoreishi refused to appear in a court trial, even after being threatened by Raja’i Shahr prison authorities on February 5.

Ghoreishi is currently serving a 5-year sentence for the bogus crime of “propaganda against the state”, a vague national security charge that the Regime levy against people they consider to be a threat to their rule.

On August 8, 2018, with only 11 months left on his sentence, he was transferred to Tehran’s Evin Prison and placed under interrogation in Ward 209. He spent five months in solitary confinement, subjected to physical and psychological harassment, before being charged with more bogus crimes, including “collaboration with the intent of measures against national security” through his support of dissident groups.

The Iranian regime is known and widely condemned for its long record of human rights violations, especially against religious and ethnic minorities.

Indeed, this is a regular complaint from various human rights organisations and the UN.