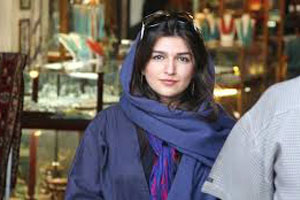 An Iranian British woman who has been held for nearly over 100 day in Tehran’s Evin prison after trying to attend men’s volleyball match has gone on hunger strike.

In late September, Mrs Ghavami was charged with “propaganda against the regime”,a friend of her family told Telegraph on September 25.

In an Urgent Action, Amnesty International called for her release. The statement said: “She is a prisoner of conscience, arrested solely for taking part in a peaceful protest against the ban on women attending Volleyball World League matches in Tehran’s Azadi Stadium.”

On 30 June, plainclothes agents went with her to her house to confiscate her laptop and books and then took her to Section 2A of Evin Prison, where she was kept in solitary confinement, without access to her family or lawyer for 41 days.

According to Amnesty International, she was subsequently transferred to a cell shared with another inmate. Ghavami has said that during her prolonged solitary confinement, the interrogators put her under psychological pressure, threatening to move her to Gharchak Prison in the county of Varamin, Tehran Province, where prisoners convicted of serious criminal offences are held in dismal conditions, and telling her that she “would not walk out of prison alive”.

Mrs. Ghavami has been on hunger strike since Wednesday, according to reports received from Iran.