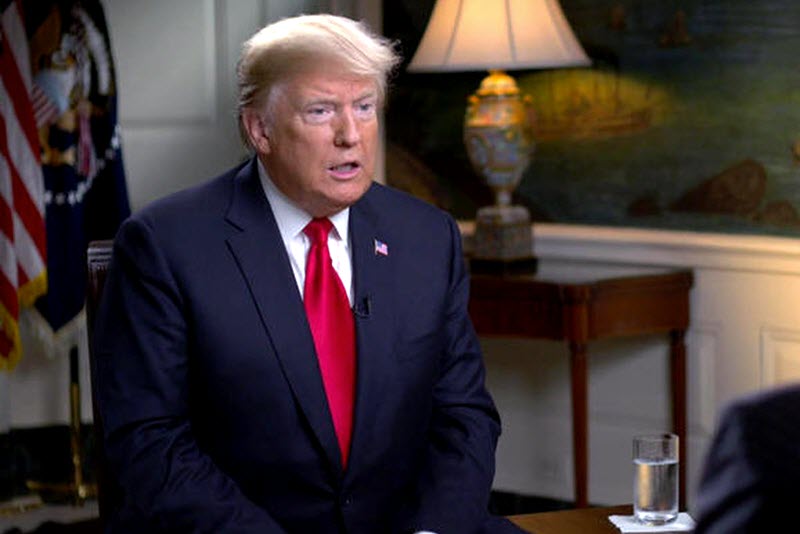 Donald Trump said last week that the US would “take care of” countries that continue to buy Iranian oil after the sanctions kicked in on November 4, indicating that he is willing to increase the economic pressure on Iran.

This caused Iran’s mullahs to react furiously, with Supreme Leader Ali Khamenei ordering his officials to find solutions to the country’s economic crisis that has been made worse by the re-imposition of US sanctions, according to the semi-official Fars news agency. This comes after the Regime got rid of the head of the central bank, the labour minister, and the economy minister; hoping to find a scapegoat to pin the blame on.

The mullahs should be worried. The Iranian rial has dropped over 75% in value since the beginning of 2018 and their annual inflation rate as of October 10 was 264%, according to Professor Steve Hanke, a recognized expert on inflation, currency, monetary policy and economics at Johns Hopkins University.

All of this economic uncertainty has spurred social unrest and nationwide protests, with anxiety over high inflation and growing unemployment rising by the day.

Of course, the Regime has tried to crack down on these protests, by making threats, deceptive promises, and arrests of striking workers.

Mohsen Karami, the caretaker of the Qazvin prosecutor’s office in northwest Iran, said that 17 people were arrested in the province, supposedly for preventing truck drivers from working, and could face the death penalty.

He said: “Based on our duty, we will be requesting the utmost punishment for these individuals. If they are found to be guilty of moharebeh, or, what is known in Iran as 'waging war on God,' they will face severe punishment, such as execution.”

Still, the people are stronger than the mullahs and the truckers’ strike recently entered its 19th consecutive day, celebrating that they had spread to 310 cities across 31 provinces. The bazaar merchants joined the truckers to show solidarity and closed their stores on October 8.

Hassan Mahmoudi, a human rights advocate, specializing in political and economic issues relating to Iran and the Middle East, wrote: “The right solution [to the crisis] lies in the hands of the democratic alternative to this regime, the National Council of Resistance of Iran (NCRI). The solution lies in the hands of a generation risen in this path demanding the regime’s overthrow.”

It is clear that the Regime’s days are numbered and the people will usher in a new Iran, so the US should make supporting the NCRI part of its Iran policy.