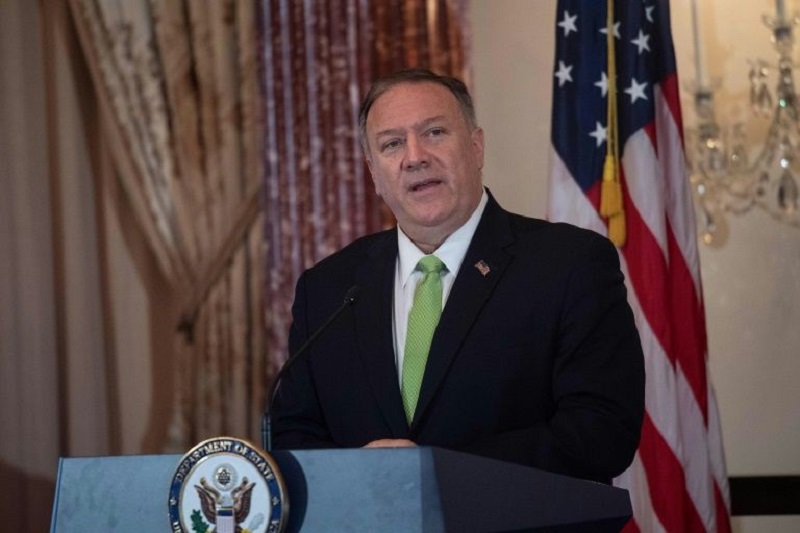 US Secretary of State Mike Pompeo

Written by Mansoureh Galestan on 01 November 2019.

The United States on Thursday imposed sanctions on the Iranian regime's construction sector and trade in four materials used in the regime's military or nuclear programs.

"As a result of this determination, the sale, supply, or transfer to or from Iran of raw and semi-finished metals, graphite, coal, and software for integrating industrial purposes will be sanctionable if those materials are to be used in connection with the Iranian construction sector," the State Department said in a fact sheet.

In a second determination, Secretary Pompeo identified four “strategic materials” as being used in connection with nuclear, military, or ballistic missile programs, making trade in them subject to sanctions.

"As a result of this determination, the sale, supply, or transfer to or from Iran of those materials will be sanctionable (regardless of end-use or end-user)."

In a separate statement, State Department spokeswoman Morgan Ortagus said: "With these determinations, the United States will have additional authorities to prevent Iran from acquiring strategic materials for the IRGC, its construction sector, and its proliferation programs."

"The United States is resolute in its commitment to negotiating enduring restrictions that deny Iran any pathway to a nuclear weapon and to using the full range of our diplomatic and economic tools to constrain Iran’s destabilizing proliferation activities. As long as the Iranian regime continues to reject diplomacy and to expand its nuclear program, the economic pressure and diplomatic isolation will intensify," she said.

The State Department added that with its latest actions, the U.S. is "continuing a campaign to maximize economic pressure" on the Iranian regime. "This campaign aims to fundamentally change the Iranian regime’s behavior, block all paths to a nuclear weapon, and end Iran’s state-sponsorship of terrorism and regional malign activity."

Earlier this week, the U.S. and six Gulf countries agreed to jointly impose sanctions on 25 corporations, banks and individuals linked to the Iranian regime’s support for militant networks including Hezbollah.

Sanctions reimposed on Iran's regime by the U.S. after President Donald Trump withdrew Washington from world powers’ 2015 nuclear pact with Tehran have dried up Iranian oil revenue and cut Iranian banks’ ties to the financial world.

Tensions between the U.S., its Gulf allies and Iran's regime spiked in recent months after attacks on oil tankers and a September strike on Saudi oil facilities, carried out by the Iranian regime.