Iranian Americans Rally in Solidarity With the Ongoing Uprising in Iran 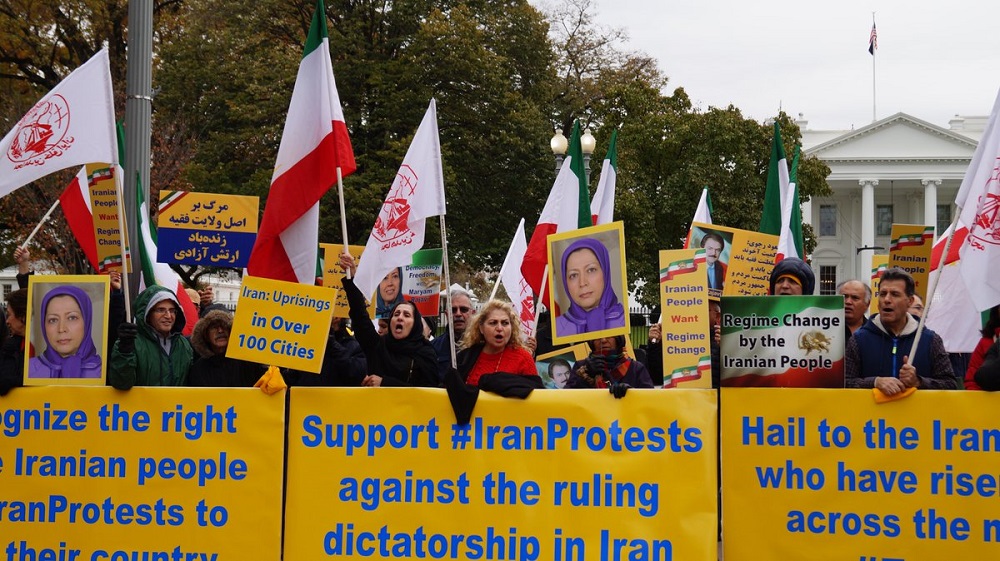 The Iranian American community of Southern California held a separate rally in front of the Federal Building to condemn the brutal regime in Iran and to support the Iranian people in their struggle for a free Iran. They urged the international community to recognize the right of the Iranian people to establish a free country.

Other banners declared “solidarity” with student protesters and opposed the execution of prisoners.

The demonstrators also paid tribute to the uprising’s martyrs by setting up a table with candles sitting atop red stars printed on paper, along with a bouquet of roses.

Iranian American supporters of the MEK in Houston, Texas, held a separate rally in solidarity with the protesters in Iran.

The Iranian regime has tried to suppress the protesters, and it has even shut down the internet, but this has failed to stop the protests from spreading. The people are more enraged than ever, and their focus has shifted to regime change. Chants of “Death to the dictator” have become the norm, and Iran’s people want the mullahs out.

Mrs. Maryam Rajavi, the President-elect of the National Council of Resistance of Iran (NCRI) also stated that the regime’s atrocities in recent days are undoubtedly a manifest case of crime against humanity. Those responsible have in the past four decades continued to perpetrate crimes against humanity, including 120,000 political executions, and the massacre of 30,000 defenseless prisoners in 1988. This regime must be banished from the international community and Khamenei, Rouhani, and other regime leaders must face justice for committing crime against humanity.

Previous articleIntelligence Agents Remove Bodies of Those Killed in Iran Protests From Morgues
Next articleIranians Worldwide to Hold Tweetstorm Demanding Internet for Iran, as Protests Continue