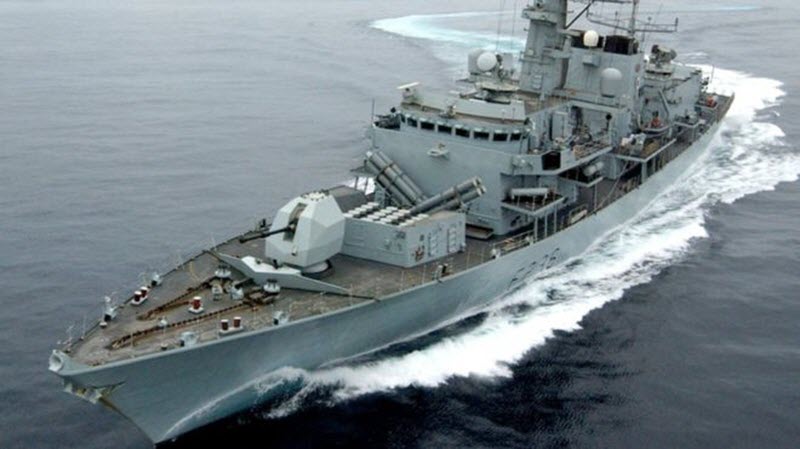 Five boats believed to belong to the Iranian regime’s Islamic Revolutionary Guards Corps approached a British oil tanker in the Gulf on Wednesday and asked it to stop in Iranian waters close by, but withdrew after a British warship warned them, U.S. officials said. Britain’s Ministry of Defence on Thursday described the Iranian regime’s actions as “contrary to international law.”

The incident occurred almost a week after British Royal Marines boarded an Iranian tanker, Grace 1, off Gibraltar and seized it on suspicion that it was breaking sanctions by taking oil to Syria.

A United Kingdom government spokesman said: “Contrary to international law, three Iranian vessels attempted to impede the passage of a commercial vessel, British Heritage, through the Strait of Hormuz.”

“We are concerned by this action and continue to urge the Iranian authorities to de-escalate the situation in the region.”

Earlier on Wednesday, the Iranian regime’s President Hassan Rouhani said Britain would face “consequences” over the seizure of the Iranian tanker, Reuters reported.

Rouhani mocked the UK, calling it “scared” and “hopeless” for using Royal Navy warships to shadow another British tanker in the Gulf.

HMS Montrose had shadowed British tanker the Pacific Voyager for some of the way through the Strait of Hormuz, but that journey had passed without incident.

“You, Britain, are the initiator of insecurity and you will realise the consequences later,” Rouhani said.

The U.S. officials, speaking on the condition of anonymity to Reuters, said Wednesday’s incident happened as British Heritage was at the northern entrance of the Strait of Hormuz.

“The Royal Navy HMS Montrose, which was also there, pointed it guns at the boats and warned them over radio, at which point they dispersed,” one of the officials said.

“It was harassment and an attempt to interfere with the passage,” the other official said.

Tensions between the Iranian regime and the United States and its allies have risen sharply since Washington stepped up economic sanctions against the Iranian regime and moved to bring its oil exports to zero as part of a “maximum pressure” policy to make Tehran halt actions that it said undermined regional security.

Several oil tankers were attacked by the IRGC in waters near Iran’s southern coast in May and June.

Last month, the Iranian regime shot down a U.S. drone near the Strait of Hormuz over international waters, prompting President Donald Trump to order retaliatory air strikes, only to call them off.

The United States hopes to enlist allies over the next two weeks or so in a military coalition to safeguard strategic waters off Iran and Yemen, Marine General Joseph Dunford, the chairman of the U.S. Joint Chiefs of Staff, said on Tuesday.