Iranian Regime in Denial About Causes of Economic Crisis 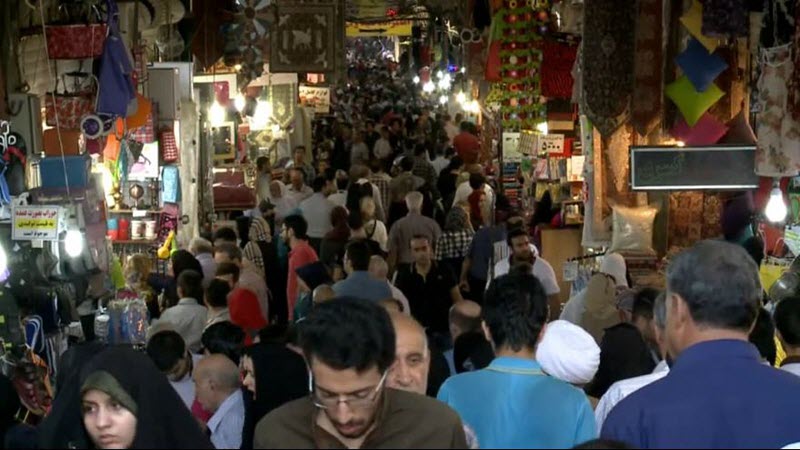 In May, U.S. President Donald Trump announced that the United States was exiting the 2015 Iran nuclear deal. He explained that the main aim of the nuclear agreement is not being met and announced that the tough economic sanctions that were lifted will be reapplied.

The first batch of sanctions have not yet taken effect (they will come into force next week), but already the Iranian economy has taken a hit. The rial – Iran’s national currency – has hit a new low.

The Iranian regime has taken a few steps to stop the crisis from worsening, but nothing has worked. In fact, it is too little to late. The chief of the Central Bank was sacked and replaced with a new one – Abdolnasser Hemmati. The new economic team that has been appointed has also failed to make a positive change.

It has been reported that the rial has reached 111,000 to the U.S. dollar – the lowest it has ever been.

As a result of the rial’s plummet, everyday items are becoming more and more expensive as imports are costing more. There are reports from inside Iran of people no longer being able to afford essential medication because prices are doubling and tripling.

Hemmati, the new Central Bank chief said that enemies are trying to destroy the country’s economy and blames the United States for all of the problems.

However, the problems are not all related to the U.S. sanctions. The economy has been in trouble for a long time and there are very many pressing issues that should have been addressed years and even decades ago. The Iranian government has made a mess of managing the country’s natural resources and the situation is reaching a critical point.

Parts of the country are facing severe drought because of the overbuilding of dams and the neglect of the water systems. None of this can be blamed on anyone other than the Iranian regime, yet Iranian president Hassan Rouhani and the Islamic Revolutionary Guard Corps (IRGC) have blamed foreign countries and even said that there is a conspiracy against Iran.

Shopkeepers and merchants in Iran are struggling more than ever. They are paying hugely inflated prices for their products but are having a hard time selling their goods because of the huge rise in prices.

As the people of Iran say, there is no chance of the economy recovering until the regime is toppled. Years and years of corruption and mismanagement must come to an end soon. The regime has disregarded human rights and denied the people freedom and democracy for much too long.

Previous articleIran: Protests Spread to Tehran, Ahvaz, Arak, Karaj and Other Cities
Next articleMore Multinationals Pulling out of Iran Ahead of U.S. Sanctions