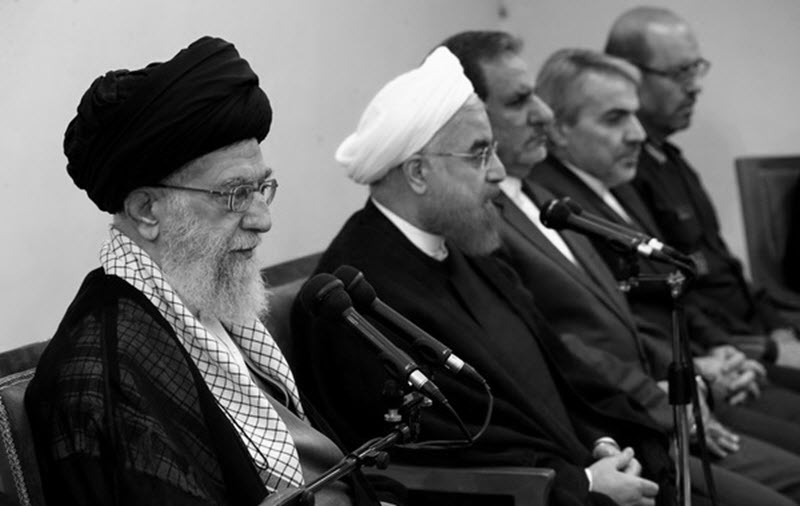 The widespread discontent of the Iranian people towards the ruling clerical regime is continuing and the regime is realising that its tactics to silence the people into submission and silence are not working. The people are very clear in their demands for regime change and they have been highly critical of key figures including President Hassan Rouhani and Supreme Leader Ayatollah Ali Khamenei. During protests and demonstrations, people have been heard chanting “Down with the regime”, “Death to Rouhani” and “Death to the Supreme Leader”.

The regime has realised that threatening the people into silence or making examples of people through imprisonment and torture is not working. Rather, it is making the people even more defiant.

The regime has always known that the people of Iran are strong and resilient but it has never been inclined to admit it until very recently.

The daughter of the now deceased former President of Iran Ali Akbar Hashemi Rafsanjani, Faeze Hashemi, spoke to media about the situation in the country. She said that the country’s policies need to be updated and that Iran is becoming increasingly isolated. “We cannot run the country with policies dating back to the first years after the 1979 revolution (…) the status quo has become so critical that Mr. Mesbah Yazdi (a high-ranking member of the regime that is close to Supreme Leader Khamenei) says we have less than five friends across the globe.” She also pointed to the stagnating situation: “We must accept the fact that we made mistakes. If the policies were correct in the past, they’re not so now. We have no other choice.”

Former deputy of the interior minister during Mohammad Khatami’s presidency Tajzadeh said that the Supreme Leader is at the centre of the problem. He said that the revolution became a dictatorship and it rendered the political system useless. He said: “The first and biggest mistake of all (…) was including the supreme leadership position in the constitution (…) the revolution steered away from being a republic to more of a despotism. In the constitution, we have provided vast authority to the supreme leader, without holding the individual accountable (…) This is enough to make the entire political system completely ineffective.”

Not that long ago it would have been unheard of to hear top officials speaking out against the regime. But this just goes to show that the leadership of the country is in tatters. There is no coherence and it is in a desperate situation.
A former officials of the Ministry of Intelligence, Ali Younesi, said: “I suggest to those in the Intelligence Ministry to not stand against the people. Inside the country, be very careful to avoid taking measures against the people.”

However, it is too late for such advice. There is nothing the regime can promise that will make the people of Iran change their minds. They want freedom, equality, human rights and respect and they know that they will never get it from the clerical regime.

Previous article3 Female Political Prisoners Are Denied Family Visits in Iran
Next articleWhy Does Europe Want to Save the Iran Deal?