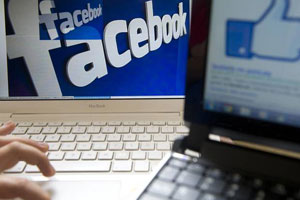 The Iranian regime is monitoring 8 million Facebook accounts with new software and will watch other social media sites for content that they consider improper.

Revolutionary Guards Corps (IRGC) has announced that it had arrested several Facebook users.The arrested Facebook users have been charged with various offences ranging from insulting religious figures to conducting immoral activities, according to reports by state-run media.

The country’s Islamic Revolutionary Guards Corps (IRGC) is planning to monitor online crimes within the next two months on other social networks, including Instagram, Viber and WhatsApp, the official Islamic Republic News Agency reported Tuesday, quoting a statement from the guards.

The cyber security directorate will expand its “Spider” program to monitor other social media including Instagram, Viber and WhatsApp, the IRGC said.

In January, the Supreme Court in Iran confirmed the sentences of eight social media activists who have been sentenced to a total of 133 years in prison for criticizing the regime on Facebook.

The activists had been originally charged with “colluding and gathering against national security, propaganda activities against the system, insulting sacred symbols, insulting the head of the government branches and insulting specific individuals”.

The oldest is a 62-year old woman and the youngest is a 21-year-old man. They were originally arrested towards the end of summer 2013 by the Cyber Police in Iran.

The Iranian regime’s Cyber Police are responsible for monitoring cyber activities. Their most notorious case was that of blogger Sattar Beheshti whom they killed in custody.