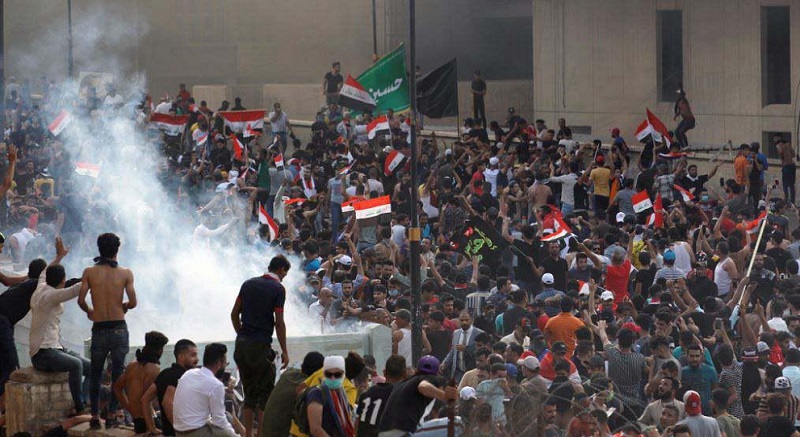 Mass protests against the Iraqi government and against the presence of Iran’s regime in Iraq have led to more than 100 deaths and 6,000 injuries during the week starting October 1, Reuters reported.

According to specific information obtained by the People’s Mojahedin Organization of Iran (PMOI, Mujahedin-e Khalq or MEK) from within the Iranian regime, the regime’s embassy and consulates in Baghdad, Basra, Karbala, and Najaf are under the control of the Revolutionary Guards and its Qods Force. Large numbers of IRGC commanders are stationed in these centers, and from there they control the departments and groups affiliated to the regime, including Hashd Al-Shaabi.