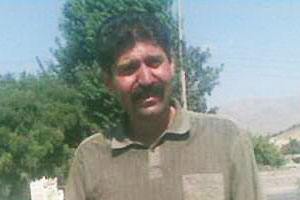 NCRI – In a barbaric and degrading act, henchmen of the clerical regime delivered 20 lashes to Mr. Payman Nodinian, a member of the Kurdistan Teachers Association Board of Directors. This savage punishment was carried out on March 2 in regime’s “judiciary” building in the city of Sanandaj.

This Kurdish teacher was condemned to prison and 20 lashes for “insulting a government agent during his round of duty”. The plaintiff of this case was one of the elements of the regime who had previously brought this same absurd allegation against other Kurdish teachers as well.

Mr. Payman Nodinian had previously been sent to exile to Zanjan Province for two years because of his participation in the teachers’ protest in 2007. Other Kurdish teachers have also been placed under pressure for their activities.

Ms. Soheila Sadeq, Chair of the Education Committee of the National Council of Resistance of Iran, expressed her abhorrence of this savage and shameful act and insult to the country’s teachers and stated: “A regime whose Minister of Justice is a cold-hearted deathsman such as Mostafa Pourmohammadi who has been a key element of the massacre of 30000 political prisoners, and its ‘moderate’ President is criminal Hassan Rouhani, can never set aside its gallows, torture, flogging, cutting off hands and feet, gouging out eyes, and cutting off ears. This atrocious trend shall only come to an end with the downfall of this regime by the people’s uprising, especially by the students of Iran.”

Education Committee of the National Council of Resistance of Iran
March 11, 2014