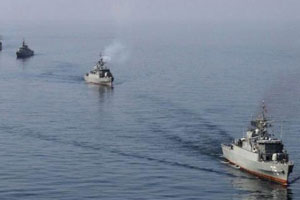 A convoy of Iranian ships in the Arabian Sea, believed to be carrying arms to Houthi rebels in Yemen are moving away from that country, a U.S. military official said on Friday.

The official, speaking anonymously, calls this a “promising sign” adding that the Pentagon will continue to watch the ships carefully.

The White House has said it has seen evidence that the Iranian regime supplied arms to the Houthis in Yemen.

The Pentagon has deployed a number of U.S. warships to Yemeni waters to ensure that key Gulf shipping channels stay open.

The action could also have been undertaken by the navies of Saudi Arabia, Egypt or the United Arab Emirates, who are also patrolling the area, NBC News reported Thursday.