Iranians to rally to denounce Rouhani’s visit to UN

NCRI – Iranians plan to rally outside the United Nations in New York on September 28 to denounce the visit by the mullahs’ President Hassan Rouhani to the UN General Assembly.

The mullahs’ regime in Iran continues to execute more of its citizens per capita than any other U.N. member state. Some 2000 people have been executed under Rouhani in the past two years. 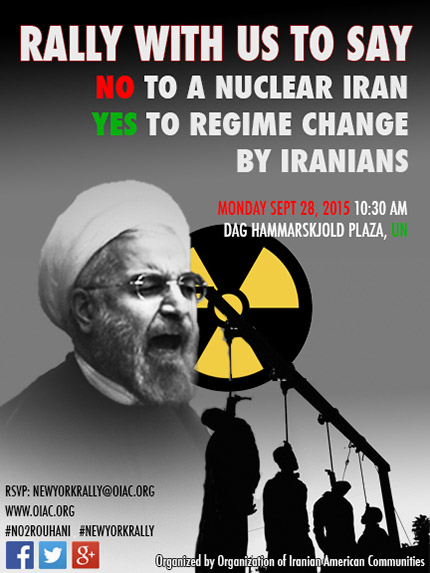 The Iranian regime’s Judiciary has upheld the death sentence for Navid Afkari Sangari, arrested during 2018 nationwide Iran protests in Shiraz. There have been...
Read more
News

Family members over 30,000 Iranian political prisoners massacred in 1988 gathered in Khavaran, near Tehran on Friday, at the site of one of the mass graves identified to commemorate their loved ones. 32 years...
Read more
News