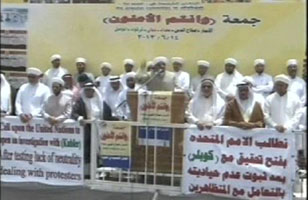 NCRI- Iraqi protesters have welcomed the removal from their country of United Nations envoy Martin Kobler, who they branded ‘corrupt and venal’.

Dr Najeh al-Mizan, spokesperson for the demonstrators in Samera, told al-Taqeer TV on Friday: “The truth is that the responsibility of this person was to assist the government in establishing its institutions.

“However, Kobler’s problem was that he legitimized the government’s crimes against the people through his seasonal reports to the Security Council.

Kobler’s replacement to UN post in Congo ‘was the result of the efforts of the protesters and the Iraqi people and also the Iranian opposition’, he said.

Iraqi parliamentarian Taha al-Hibi also hailed Kobler’s removal, telling al-Taqeer TV: “When we were in Arbil, we revealed several documents condemning Kobler. These were official documents proving that this man was bribable and took sides.

“Before violating the laws of Iraq, he abused the treaty of the United Nations. Therefore the UN had to replace him to preserve its reputation.”

Popular committees organizing the anti-government protests also welcomed Kobler’s removal because of his lack of impartiality over the protests by Iraq that began 5 months ago to demand greater rights, al-Baghdad TV reported.

In city of Fallujah, protesters displayed a huge banner on a stage reading: “Now that the lack of impartiality by Martin Kobler in dealing with protesters in Iraq has been proven, we call on the United Nations to launch an investigation in his deeds.” 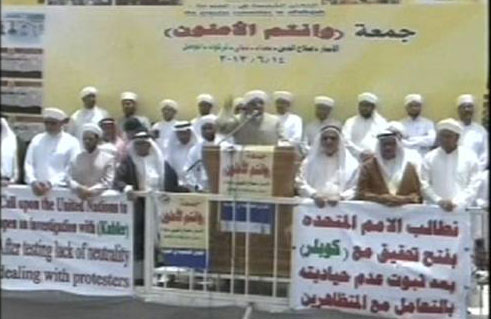 But at the UN in New York, the Iraqi delegation representing Nouri al-Maliki’s government expressed sorrow his replacement next month.

He also said he hoped that the UN Secretary General would assign a representative who was ‘similar’ to Kobler, an Iraqi website reported.