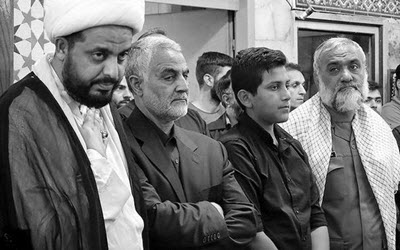 NCRI – The Director of the National Security and Terrorism Studies Department at the Gulf Research Center, Mustafa Alani believes that the Iranian Revolutionary Guards Corp (IRGC) should be treated like ISIS.

The following is his interview with Al-Arabiya TV aired on 11 February 2017:

US officials say that they are considering designating the IRGC as the terrorist group. The Iranian Revolutionary Guards was founded in 1979 and it is the largest security force in Iran. They are trying to promote Shahab Missiles. They also interfere in the internal affairs of the countries of the region by aiding Hezbollah in Lebanon, training militias to fight against the Syrian regime, supporting the Iraqi and Houthi militants in Yemen and meddling in Bahrain. The IRGC is also operating outside of Iran through its Quds Force commanded by Qassem Soleimani.”

Al-Arabiya: “Washington is evaluating designating the IRGC as a terrorist entity. If it gets confirmed, then how this group could be targeted?
Dr. Mustafa Alani: “Some entities affiliated with the IRGC have been on the list since 1990. A number of leaders of institutions affiliated with the IRGC have been listed as terrorist as well. Nevertheless, the IRGC has not yet been listed as a complete entity. This is an important measure though it is adopted with delay.

The IRGC has been the biggest cause of instability and insecurity since 1985. Many entities affiliated with this group were listed as terrorist during Obama’s term in office as well as the former US administration but no measure had been taken against them. For instance, the Senior Commander of the IRGC, Qassem Soleimani is in the same list with Zarqawi, bin Laden, and al-Baghdadi but no action has been taken against him. The US aircraft are in Iraq while Qassem Soleimani is also present in this country. We have to see if Trump fulfills his promises. Is the IRGC being treated the same as ISIS? It is, of course, important to designate the entire IRGC as a terrorist group.