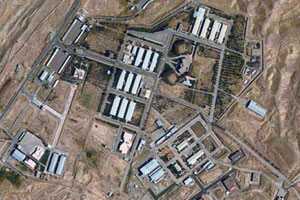 The US Secretary of State, John Kerry and the Iranian regime’s Foreign Minister, Javad Zarif are scheduled to hold another round of talks in Geneva this weekend as part of an ongoing nuclear talks to reach a comprehensive agreement on Tehran’s nuclear program.

Placing inspection and verification mechanisms to prevent the Iranian regime from obtaining nuclear weapons remains to be a key unresolved issue between Iran and P5+1. The Obama administration maintains that nuclear deal blocks the Iranian regime’s path to bomb

The Kerry –Zarif meeting takes place as the U.N. atomic agency on Friday reported that work on a key element — an assessment of allegations that Tehran worked on atomic arms — remains essentially stalled, The Associated Press reported from Vienna.

The IAEA is focused on 12 activities that point to clerical regime’s attempts to make nuclear weapons, including activities related to work on the development on a nuclear payload for missiles. The UN watch dog listed the unresolved issues regarding “possible military dimensions: of the Iranian nuclear program in its November 2011 report.
A respected Brussels based NGO, “In Search of Justice”, in November 2014 reported that based on an exhaustive review and study of the 12 disputed issues, the civilian and military aspects of Iranian nuclear program act like two concentric circles and the civilian program is at the service of the military program.

Since August, “Iran has yet to propose any new practical measures” to bring the investigation forward, said the IAEA report.

The IAEA report, issued to the agency’s 35-nation board and the U.N. Security Council, said it remains “concerned about the possible existence in Iran of undisclosed nuclear-related activities involving military-related organizations, including activities related to the development of a nuclear payload for missiles.”

The Vienna-based IAEA also said it remained vital that Iran respond to the agency’s questions on and access to the Parchin military base, where Western officials suspect Tehran conducted explosives tests relevant to nuclear bombs.

According to the information obtained by the Iranian opposition movement the People’s Mojahedin Organization of Iran (PMOI/MEK) and revealed on Thursday the Iranian regime and the government of North Korea have extensively exchanged information and delegations of experts in the fields of nuclear weapons and nuclear warhead design as recently as late April 2015.

A delegation from North Korea including experts in nuclear warhead, and various elements of ballistic were present in the country for one week at the end of April.

On February 24, the National Council of Resistance of Iran, revealed existence of the existence of a secret site, “Lavizan-3,” According to the information provided by the Iranian opposition, Tehran has been enriching uranium secretly at this site for years, using advanced centrifuges.

The NCRI, relying on the information compiled by the network of the PMOI (MEK) has exposed some of the most important dimensions of the Iranian regime’s nuclear weapons program, namely the Natanz uranium enrichment and the Arak heavy water facilities, the Kalay-e Electric centrifuge assembly and testing facility, the Lashkar-Abad laser enrichment facility, the Lavizan-Shian site, the Fordo underground enrichment site and the Defensive Innovation and Research Organization, which is wholly responsible for coordinating the Iranian military nuclear program. All these sites and programs were kept secret prior to the NCRI revelations.

The Iranian regime has ruled out any nuclear inspector access to its military bases, a position rejected by the Western powers.

In an online conference on Thursday PMOI spokesman Shahin Gobadi said: “Intrusive inspections at any time and any place including all military and non-military sites as well as on the regime’s accountability for the military dimensions of its nuclear projects, providing unfettered, unconditional access to the regime’s nuclear specialists and providing information on the regime’s nuclear equipment smuggling networks are part and parcel of any nuclear agreement with the regime. Otherwise any claim regarding the closure of pathways to Tehran’s attainment of nuclear weapons is a delusion at best. “

Previous articleIran: Over 60 executed in 10 days
Next article“The Real Problem with Iran Negotiations”