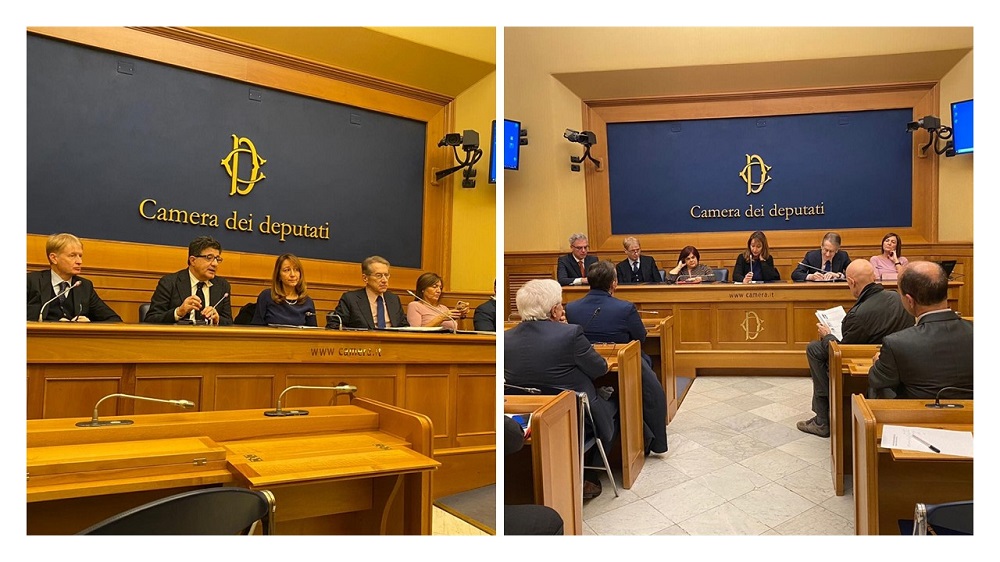 On Wednesday, December 4, 2019, Members of the Italian Parliament and human rights organizations in Italy held a press conference in the parliament’s conference room in solidarity with the recent 1000 morti, 12.000 arrestati. Italia accoglie negazionista Sajjadpouri. Basta silenzio .Press conference at the on unrestrained brutalities,massacres,more than 1000 victims,many thousands arrested,beaten and tortured.All speakers from the most relevant Parties ask for a sharp change in Italian foreign policy towards Iran. . , , , , against denounced at PressConference at the Italian Parliament,by con @fmollicone pic.twitter.com/eJR56i4NeF

Senator Malan slammed the Italian government and its foreign ministry for being silent and, unlike other nations, not taking much stronger positions. “We should stand with the people of Iran,” he added.

Ms. Polverini, who is also a former President of Italy’s Lazio region, said: “I met the Iranian Resistance and the friends in this room when I was the governor in Rome. We were supposed to accept some of the wounded from Camp Ashraf. We did a great job at that time and I will never forget those days. If I ever want to speak of my achievements, I refer to it.”

“This conference alone is not enough. We should take more action in Parliament and other places and continue supporting the people of Iran and their Resistance,” she added.

Senator Vescovi criticized the Italian government and its foreign ministry for being silent and said: “We should support this resistance.”

Mr. Esmail Mohaddeth, the spokesperson of the Iranian community in Italy highlighted the importance of international support for the Iranian people’s uprising and the Iranian Resistance movement.