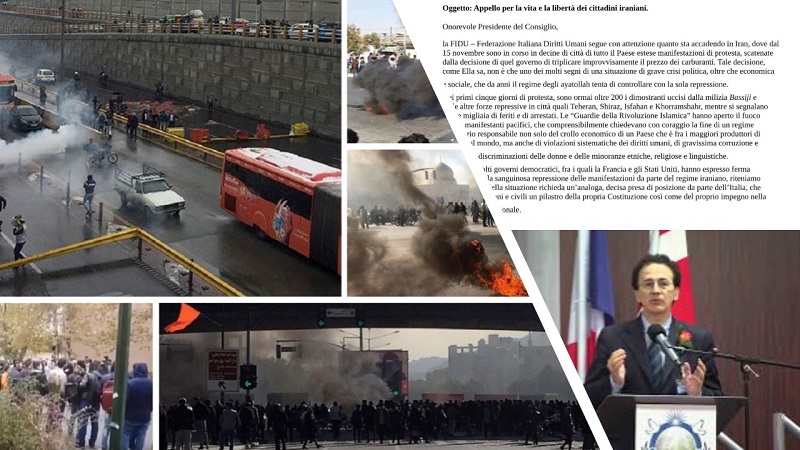 The following is the text of a letter by Italian human rights group, the Italian Federation for Human Rights (FIDU), to the Italian Prime Minister Giuseppe Conte and Foreign Minister Luigi Di Maio regarding the crackdown in Iran following the Uprising – November 2019: https://t.co/ecc6wi8aoz pic.twitter.com/DQBtn6cxwI

After many democratic governments, such as France and the United States, expressed firm condemnation for the bloody repression of demonstrations by the Iranian regime, we believe that the gravity of the situation requires a similar, decisive stance on the part of Italy, which has a pillar of its own constitution in human and civil rights, as well as its commitment to the international community.

We ask, Mr. President, that the Italian government clearly condemn the bloody repression of demonstrators in Iran and the blatant violation of part of the civil liberties that the regime is obligated to adhere to by international law. 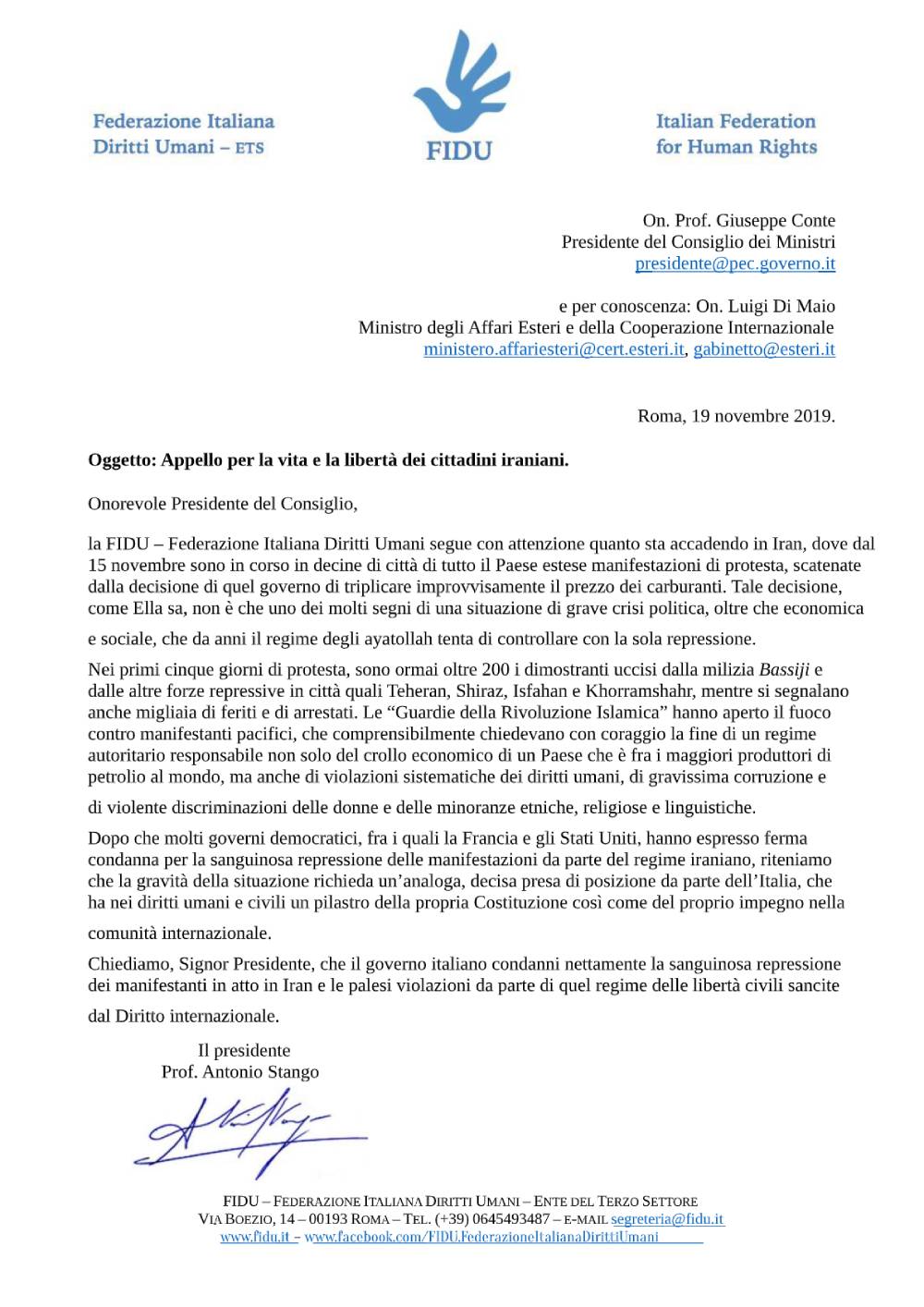