Javad Zarif’s Trip to Sweden Turns Into a Fiasco 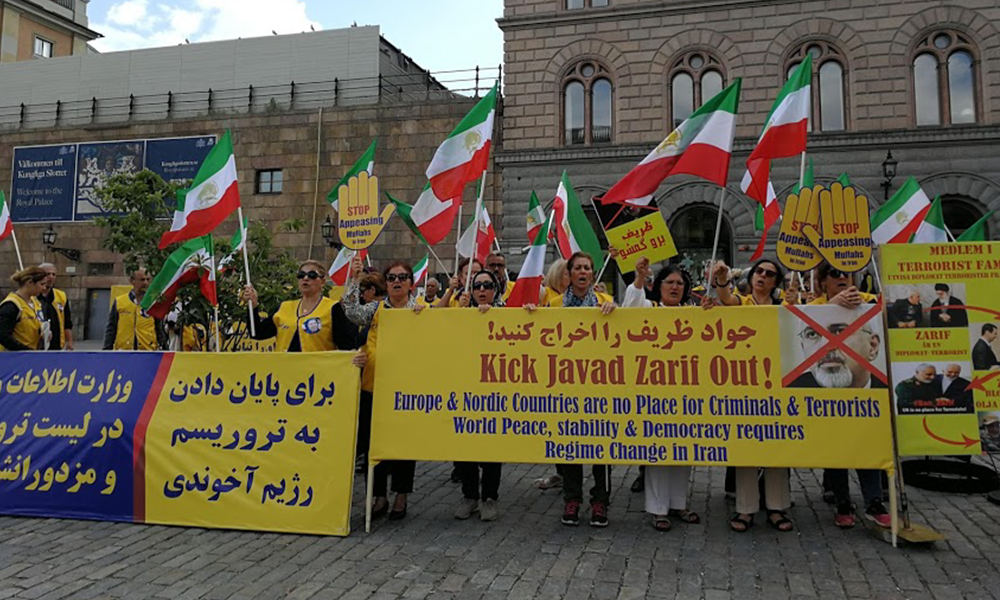 The two-day visit by Mohammad Javad Zarif, the Iranian regime’s Foreign Minister, to Sweden on August 20-21 was met with stormy protests by supporters of the Iranian opposition living in Sweden.

Iranian protesters spoke out loudly against the Iranian regime’s human rights violations, the murder of dissidents in Iran, and suppression of women, rights activists and religious minorities. They denounced Stockholm’s acceptance of the foreign minister of the mullahs’ terrorist regime and demanded his expulsion from Sweden.

The exiled Iranians defended and echoed the stifled voice of millions of Iranian suffering under the mullahs’ dictatorship. Many of the protesters were survivors of families persecuted by Iran’s regime.

However, they were violently treated by the Swedish police. 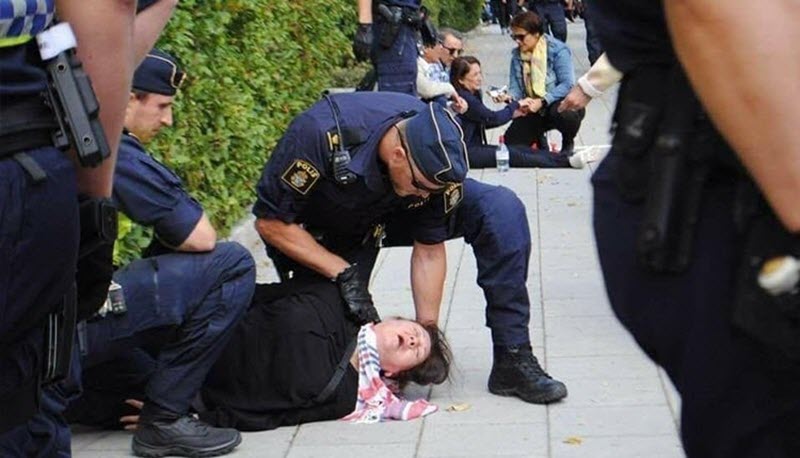 A number of women were among 50 Iranian protesters who were beaten up and arrested by the police. They included prominent Iranian women’s rights activists, former political prisoners, and families of victims of the 1988 massacre.

The violent treatment of Iranian pro-democracy protesters by the Swedish police took place while the Foreign Minister of the world’s top state sponsor of terrorism was treated as a guest at the Foreign Ministry building in Stockholm.

He was further given a platform at the Stockholm International Peace Research Institute (SIPRI) where he threatened the world with “unpredictability” in response to “unpredictable” U.S. policies.

Additionally, he threatened the opposition protesters with murder in an interview with the Iranian regime’s state-run Press TV network on August 21. He said the protesters “would not stay alive for a minute” if they were caught by the regime’s agents.

The protest in Stockholm led to the cancellation of a joint press conference by Zarif and the Swedish Foreign Minister, Margot Wallström.

Appearing solo in front of the press, Margot Wallström denied having invited Zarif to Sweden, saying he had come at his own request to visit Nordic countries.

Under fire, Ms. Wallström tried to justify her meeting with Javad Zarif by criticizing the regime’s record of executions and detentions of women’s rights advocates, labor and human rights activists, and religious minorities. She also stressed that the Iranian regime must comply with all its obligations under the 2015 international nuclear deal (JCPOA) and immediately release the British-flagged oil tanker Stena Impero.

The U.S. Treasury Department imposed sanctions on Zarif just three weeks ago for his role as a key enabler of the Iranian regime’s policies in the region and the world. The U.S. State Department called him the chief apologist of the regime, who is “just as complicit in the regime’s outlaw behavior as the rest of Khamenei’s mafia.”

Zarif’s remarks at Stockholm’s peace institute, menacing global peace, and threatening Iranian protesters in Stockholm to death, are good indications of what is taking place in the Iranian regime’s prisons and torture chambers and of the treatment of dissidents and political prisoners in Iran.

They further reveal that receiving the mullahs’ Foreign Minister emboldens the regime to engage in terrorism, murder and warmongering, counter to the interests of the Iranian people, who are seeking regime change and the establishment of democracy and popular sovereignty in Iran.

In a meeting at Ashraf 3, Albania, home to thousands of members of the main democratic Iranian opposition People’s Mojahedin Organization of Iran (PMOI, Mujahedin-e Khalq or MEK) on July 14, 2019, Swedish jurist and former member of parliament, Kenneth Lewis said, “Our Foreign Minister last year visited Tehran. A foreign minister, a woman who represents a feminist foreign policy, goes to Iran to sell trucks and construction equipment and even puts on a chador.”

“With this, I want to say that there are still a lot of people in Europe who have not understood that appeasement is not the way forward. A country like Sweden who claim that they are defending human rights are more interested in selling their trucks and don’t care really about human rights when it comes down to the final analysis.”

The protest by Iranians in Sweden against the presence of Zarif received widespread coverage in Swedish media.

Sweden’s Channel 1 TV broadcast a report about the rally against Zarif’s presence in Stockholm. 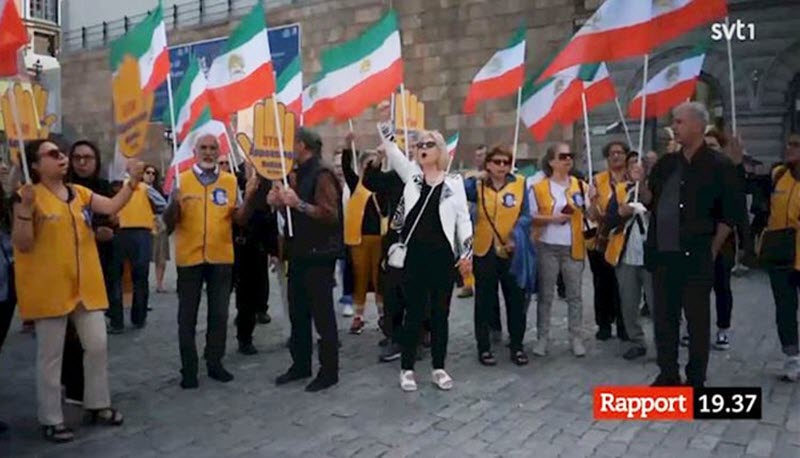 “Don’t negotiate with murderers,” the protesters chanted during the demonstration outside the Swedish Foreign Ministry building on Wednesday.

Sweden’s Channel 2 TV also reported that while Zarif’s meeting sought to find a solution to salvage the 2015 nuclear deal, his meeting with the Swedish Foreign Minister became the target of a wave of criticism.

The Expressen, one of Sweden’s two nationwide evening newspapers, also covered Zarif’s visit to downtown Stockholm and the Iranian dissidents’ demonstration. Swedish police had blocked roads around the Foreign Ministry from 9 am local time to block the protesters from the Gustav Adolf Square. However, the protesters launched a demonstration at 9:30 am and while the police were attacking their ranks with batons, they continued to protest and strongly criticize Zarif’s visit.