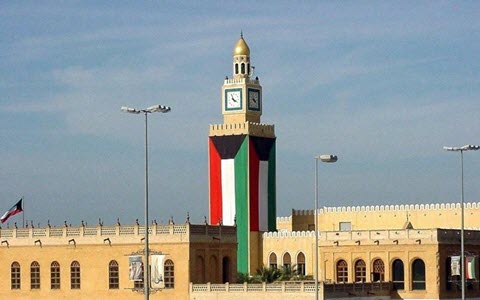 NCRI – The Kuwaiti Newspaper, Alanba, wrote on Monday, August 7 that the Iran Navy has repeatedly entered Kuwaiti waters and the Kuwaiti government has complained to the UN regarding this issue.

The Newspaper quoted a reliable source, writing that the IRGC’s boats have entered the Kuwaiti waters and stopped near a Kuwaiti oil rig. According to the reports, the IRGC has also investigated and questioned a Kuwaiti citizen.

The Newspaper also added that there was no Kuwaiti navy boat over there at that time. As soon as he returned, the Kuwaiti Citizen informed the Kuwait Coast Guard that the Iranians had asked him to sign an undertaking in Persian.

Alanba added, “The Kuwaiti government complained to the UN since the Iran navy is recurrently entering Kuwait’s waters.”

Reuters had earlier reported that the Iran regime transfers weapons to Houthis through Kuwait’s waters.