February 28, 2020—Iranian health ministry officials confirmed 26 deaths and 245 coronavirus infection on Thursday, while reports and evidence shows that both the infection and death toll of the deadly virus outbreak in Iran is much larger.

New cases include the president of Qom’s Medical University along with two of his deputies and 10 physicians and nurses. Masoumeh Ebtekar, one of Hassan Rouhani’s Vice Presidents, has also tested positive for covid-19. 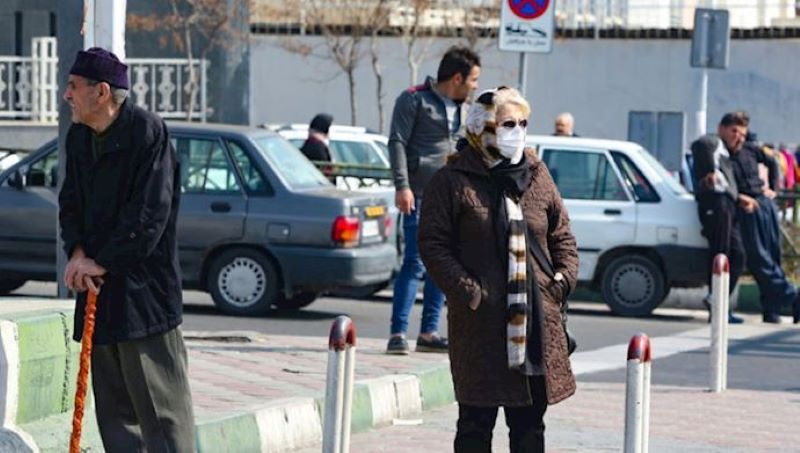 Coronavirus has now spread to 20 provinces, according to Iranian officials. The regime canceled Friday Prayers in 23 provinces due to the coronavirus outbreak. The uncontrolled and mismanaged spread of the deadly virus has transformed Iran into an epicenter of infection in the Middle East and many countries are reporting new cases of coronavirus infection from people who have traveled there from Iran. Neighboring countries are shutting down their borders with Iran to prevent the spread of the virus.

UN Urged to Act to Stop Secret Massacre of Detained Protesters in Iran.

Iran, February 27, 2020 -- Following the regime’s continuous lies and refusal to reveal the truth about its Revolutionary Guards (IRGC) shooting down the Ukrainian airliner and the current coronavirus outbreak, the Iranian people are faced with officials’ denials and silence about an unprecedented locusts attack in the country’s southern provinces.

Locust storms are rendering damages in massive proportions to locals living in these areas. The mullahs’ regime has constantly refused to provide any information and state media has remained completely silent in this regard, only providing bottleneck reports on this dire matter. This is yet another aspect of the mullahs’ plot in order to conceal the truth prior to the regime’s February 21 sham parliamentary election. Officials know the more the public are informed about their mismanagement of the status quo, the more they will boycott all events related to the regime.

Locusts are attacking the country’s Bushehr, Hormozgan, Sistance & Baluchistan and Fars provinces, according to the mullahs’ official IRNA news agency. The reports say this development is similar to locusts storms of 2019 in Iran in order downplay the regime’s incompetence and failures.

Locust storms are rendering damages in massive proportions to locals living in these areas. The mullahs’ regime has constantly refused to provide information and state media remains dangerously silent.#Iranhttps://t.co/ww7TgmkADi

Information published by official sources shows that the mullahs’ regime was aware at least three weeks ago of the outbreak of coronavirus and had taken measures to secure its governmental institutions against this virus.

The state-run newspapers and media in Iran headlined the significant increase in the number of porter women in the border villages in the provinces of Kurdistan, West Azerbaijan and Kermanshah.

On January 22, 2020, the state-run asriran.ir published a report on porter women who have been forced into this job out of poverty. The report said not only men but also women were carrying heavy loads on the rough roads in the border mountains in western Iran.

Due to the high unemployment rate in border provinces of Iran, porter women are trying to tackle some of their economic problems with minimal income they earn by doing this difficult job.

#Iran under the corrupt rule & economic mismanagement of the mullahs: Some #Iranian women porters have to carry 30 kilograms of cargo through the mountains for four or five hours to feed their children. https://t.co/FuX7Y3F7T7

WHO says coronavirus entered Iran ‘undetected,’ warns outbreak could be worse than is known?

WHO says #coronavirus entered #Iran ‘undetected,’ warns outbreak could be worse than is known https://t.co/nfY6sly8LL

Feb 27, Khayam Street, Tehran, #Iran
Man curses and blames the regime’s Supreme Leader, Khamenei for the country’s #coronavirus outbreak then shows #Iranians helping an elderly man who collapsed on the street near a park. pic.twitter.com/piUJWBQrYF

The regime continues to cover-up the scope of #COVID2019  spread in Iran.

These child laborers are working on a cold winter night on the streets of Ahvaz, SW Iran despite the Coronavirus Outbreak.

In a country where wealth is plundered by mullahs and used for suppression of our people and export of terrorism, children suffer most.

These child laborers are working in a cold winter night on the streets of Ahvaz, SW #Iran despite the #CoronavirusOutbreak
In a country where wealth is plundered by mullahs and used for suppression of our ppl & export of terrorism, children suffer most. pic.twitter.com/uzMaEC5wwn

Friday, February 28, 2020, marks the 106th day since the beginning of the nationwide Iran protests.