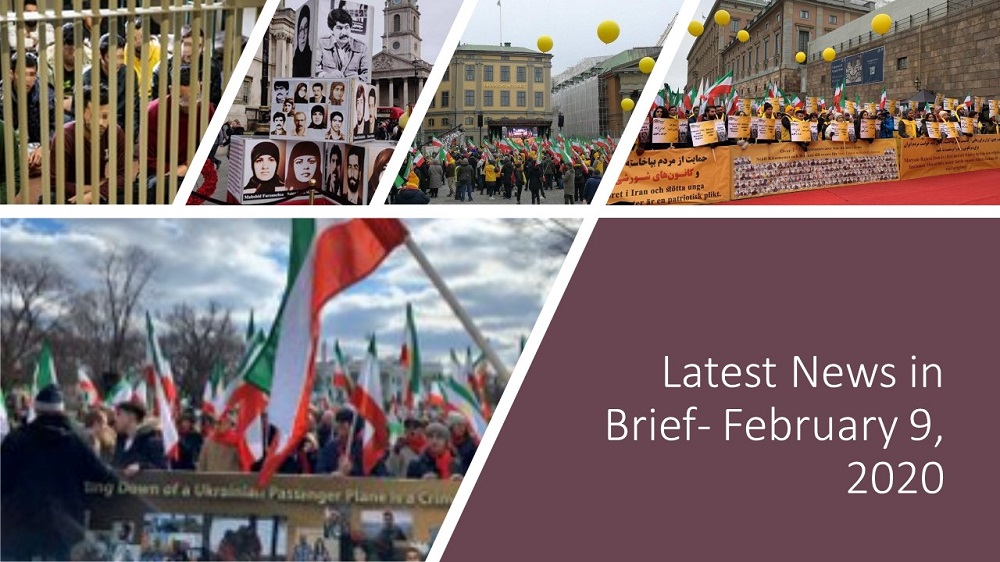 Rallies of the NCRI and MEK supporters around the world. The Iranian regime has issued lengthy prison sentences for those arrested during the Iran protests in November 2019.

Iran: Khamenei and His Deadlock in the Farce Parliamentary Elections

Being under tremendous pressure both in-home and abroad, the Iranian regime needs to hold its sham parliamentary elections on February 21, to portray a so-called “democratic” image. As the date closes in, fearing an unprecedented boycott, the regime’s officials continue pleading for people’s participation.

Reports from MEK sources in Iran indicate that two detained protesters have been sentenced to a total of 13.5 years in prison for participating in last November’s Iranian Protests.

On February 4th, 2020, political prisoner, Milad Arsanjani, 32, was sentenced to five years’ imprisonment by the regime’s revolutionary court in Shahriar, Western Iran. Milad Arsanjani was arrested during the November 2019 uprising, according to the MEK network’s report.

Another political prisoner, Kianoushjamali, 27, was sentenced to seven and half years of imprisonment on charges of “propaganda against the regime” and “insulting Khamenei and Rouhani”. He had spent twenty days in solitary confinement before the final verdict.

On Saturday, February 8th, 2020, workers of the Haft-Tappeh Factory, protested against a lack of payment of their insurance. The fees are supposed to be paid to the Social Security Dept by their employers. However, the company has refused to pay the insurance fees, leaving the workers without insurance.

Last year, the repressive Iranian regime brutally suppressed a month-long protest by Haft-Tappeh workers who were demanding their delayed salaries.

RALLIES BY IRANIANS, SUPPORTERS OF THE MEK AND NCRI IN DIFFERENT COUNTRIES:

As it was previously announced Iranians, and the National Council of Resistance of Iran (NCRI) and the People’s Mojahedin Organization of Iran (PMOI/MEK) supporters gathered in different cities in the United States, Canada, England, and Sweden, to mark the 41st anniversary of the 1979 anti-monarchic revolution and also to express support for the nationwide Iran protests.

Mrs. Maryam Rajavi, the NCRI’s president-elect also sent a video message to the rally in Sweden.

The Iranian regime’s so-called courts sentenced a number of protesters arrested during the November 2019 nationwide uprising to lengthy prison terms.

Siamak Moqimi Mo’meni, 18, Milad Arsanjani, 31 and Kianoush Jamali, 27, who had been arrested during the Iran protests in November, have been sentenced to over 22 years collectively.

The Iranian regime’s attempt to “launch a satellite” was postponed today, for what has been explained are technical reasons.

“Iran will launch a satellite on Sunday,” a government minister said, as part of a fledgling program, but the United States says it is a cover for ballistic missile development.

Previously the Iranian regime’s Communications Technology Minister, Azari-Jahromi, had announced that the “Zafar” Satellite will be launched and placed in orbit on Sunday February 9th, 2020. The Iranian regime’s two last attempts to launch a satellite into orbit had failed.

The long-range, “satellite” technology is the same technology used in developing ballistic missiles capable of carrying a nuclear warhead. 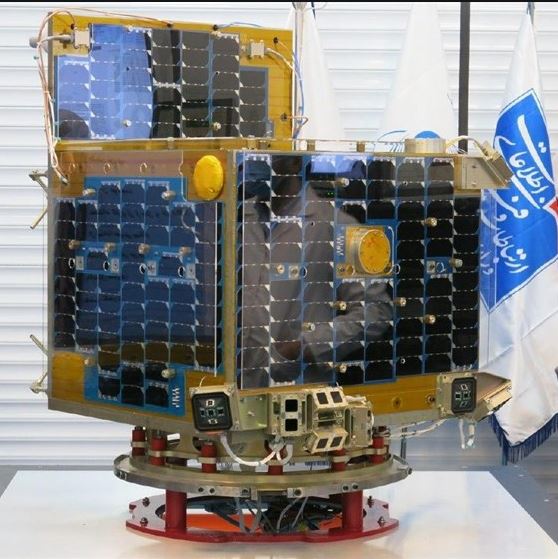 GERMANY WILL NOT SEND A CONGRATULATIONS TELEGRAM TO IRANIAN AUTHORITIES

Following harsh criticisms from the U.S. Ambassador to Germany, for attempting to celebrate the anniversary of the Iranian regime’s foundation, Germany announced “in light of the current developments in Iran in recent months, there will be no telegram from the Federal President this year,” a spokeswoman for the Federal President’s Office said.

Ambassador Richard Grennell told Fox News on Thursday, February 6th, 2020, “Germany has a moral responsibility to say to Iran very firmly and clearly that it is unacceptable to deny basic human rights to your people, or kill protesters in the streets or push gay people off buildings. Celebrating the regime’s ongoing existence sends the opposite message,” the U.S. ambassador to Germany, Richard Grenell, told Fox News on Thursday.

Previous articleIranians, MEK and NCRI Supporters Hold Rallies in Europe, US, and Canada on the anniversary of anti-monarchic revolution
Next articleNew Revelation by Former IRGC Commander of Qassem Soleimani’s Role in Suppressing Iran’s People