Man gunned down in car by Iran regime 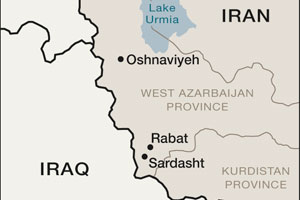 NCRI – An Iranian man in his twenties was shot and killed by the regime’s suppressive forces on Thursday in the town of Sardasht, in West Azerbaijan Province, north-western Iran.

Suppressive forces opened fire on Omar Ahmadzadeh, 29, in his car late on Thursday even though he had stopped his car at a security checkpoint in the town.

Two other persons in the same vehicle were badly injured in the attack.

Mr. Ahmadzadeh’s distraught relatives, upon hearing the news of their loved one’s murder, attacked a member of the regime’s Revolutionary Guards outside Sardasht Hospital.