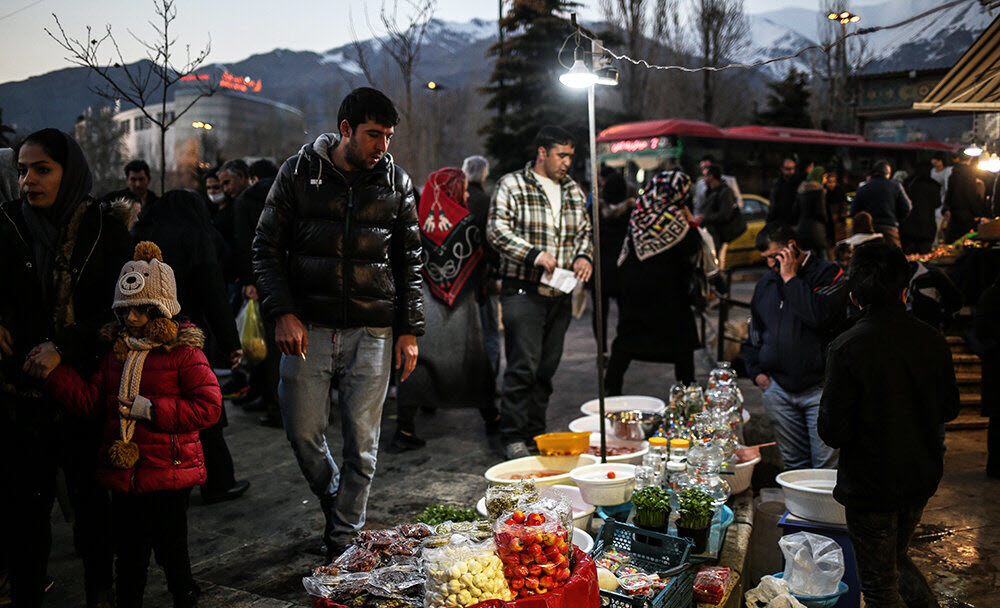 Many Iranians are now preparing for the New Year celebrations. Nowruz, Iranian New Year, is celebrated on 21st March and it has traditionally been a time for families and friends to mark the first day of the Iranian calendar together.

It is customary for preparations to start in the weeks coming up to Nowruz where people get their homes ready, buy flowers and new clothes and adorn their homes. Whether the family gatherings are short or long, big or small, there are always plenty of offerings for guests such as tea and pastries with nuts and other snacks.

However, this year will be very different for a lot of Iranians because of the economic climate. The cost of living is increasing while wages are stagnating, meaning that many families are unable to afford their usual Nowruz offerings.

For example, an average working-class Iranian will earn between $100 and $200 per month. Pistachios are being sold for between $12 and $15 per kilo, making it an unattainable purchase for most. It is thought that this is more than double the cost compared to the same period last year.

Since the beginning of last year, the currency of Iran has plummeted dramatically. One of the main reasons for this was the United States’ exit from the 2015 Iran nuclear deal last year which sparked the re-imposition of crippling economic sanctions.

Prices have been rising rapidly and the most basic of commodities are now out of reach to a large portion of the population. Meat is becoming more and more expensive and many have simply had to cut it from their diet.

Iran pays for imports in dollars and now – because of the economic conditions – many merchants are choosing to export their products abroad because it is more financially advantageous to sell for a higher price abroad. Plus the locals cannot afford the prices.

Reports from inside the country show that it is not just the lowest earners in the country that are unable to afford goods such as nuts and meat – it is also increasingly affecting the middle class.

The Iranian regime has been quick to blame anyone and anything for the economic crisis in the country. Officials have blamed foreign “powers” and “influences” and Iranian President Hassan Rouhani has slammed the United States for the crippling economic sanctions that he has described as “unjust”.

However, the Iranian regime is to blame for the crisis. Economic sanctions would not have been put in place if the regime was not so belligerent. It has been funding terrorist groups and acts across the region. It has been completely disregarding the human rights of the people of Iran. It has been carrying out ballistic missile tests despite calls from the international community to stop.